Among the many historic buildings that embellish the center of Siena, there is one particularly well known, Palazzo Salimbeni, also called Rocca Salimbeni or Castellare Salimbeni, dating back to the XIV century.

The origins of Palazzo Salimbeni

In Salimbeni square you can see Via Banchi di Sopra, the only street that arrives here, and the perfect combination of various architectural styles, as an artwork to walk through: Palazzo Tantucci, that dates back to XVI century, and Palazzo Spannocchi, built in 1470, are the boundaries of the square, redesigned by the architect Pierluigi Spadolini, commissioned by Monte dei Paschi di Siena in 1959 to do the restoration of the entire complex. 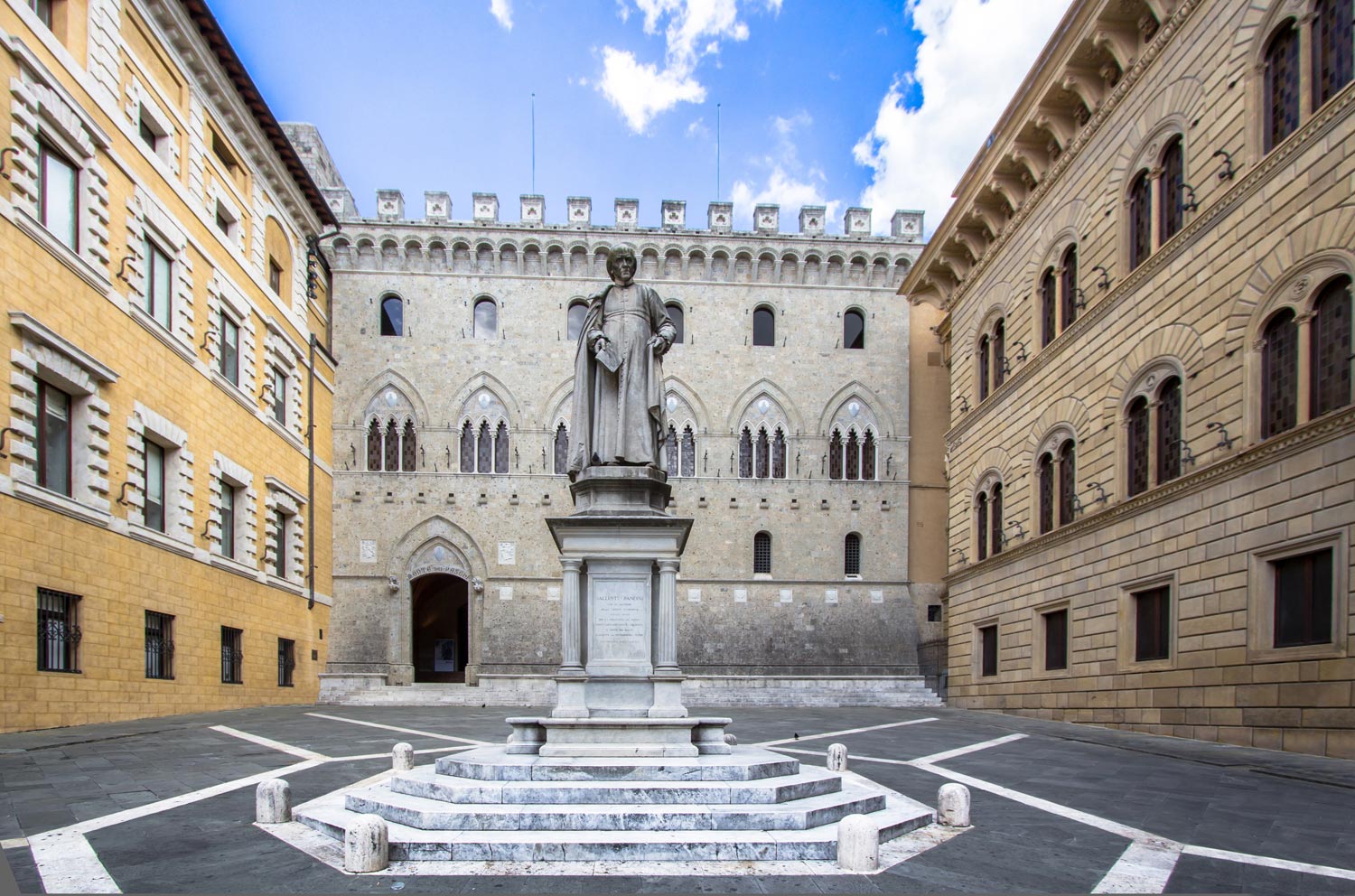 The Monte dei Paschi bank, in fact, has its central office at Palazzo Salimbeni and is the oldest bank in the world, becuase was founded in 1472: its name derives from the revenues that, in the past, the bank gave to its depositors, the state-owned grazing of Maremma.

The Palace has now a neo-gothic style and has three floors: inside there re the historical archive of the bank and a picture gallery, besides to the administrative offices and the boardrooms.

This square is a part of an itinerary called Il Terzo di Camollia, because the city is ideally divided in three parts, and the route begins from Porta Camollia, that during the Middle Age was a bastion of Siena, in eternal rivalry with Florence, and continues through the Basilica di San Domenico, the Santuario di Santa Caterina, until the streets of the rich merchants, that at Rocca dei Salimbeni did their deals. 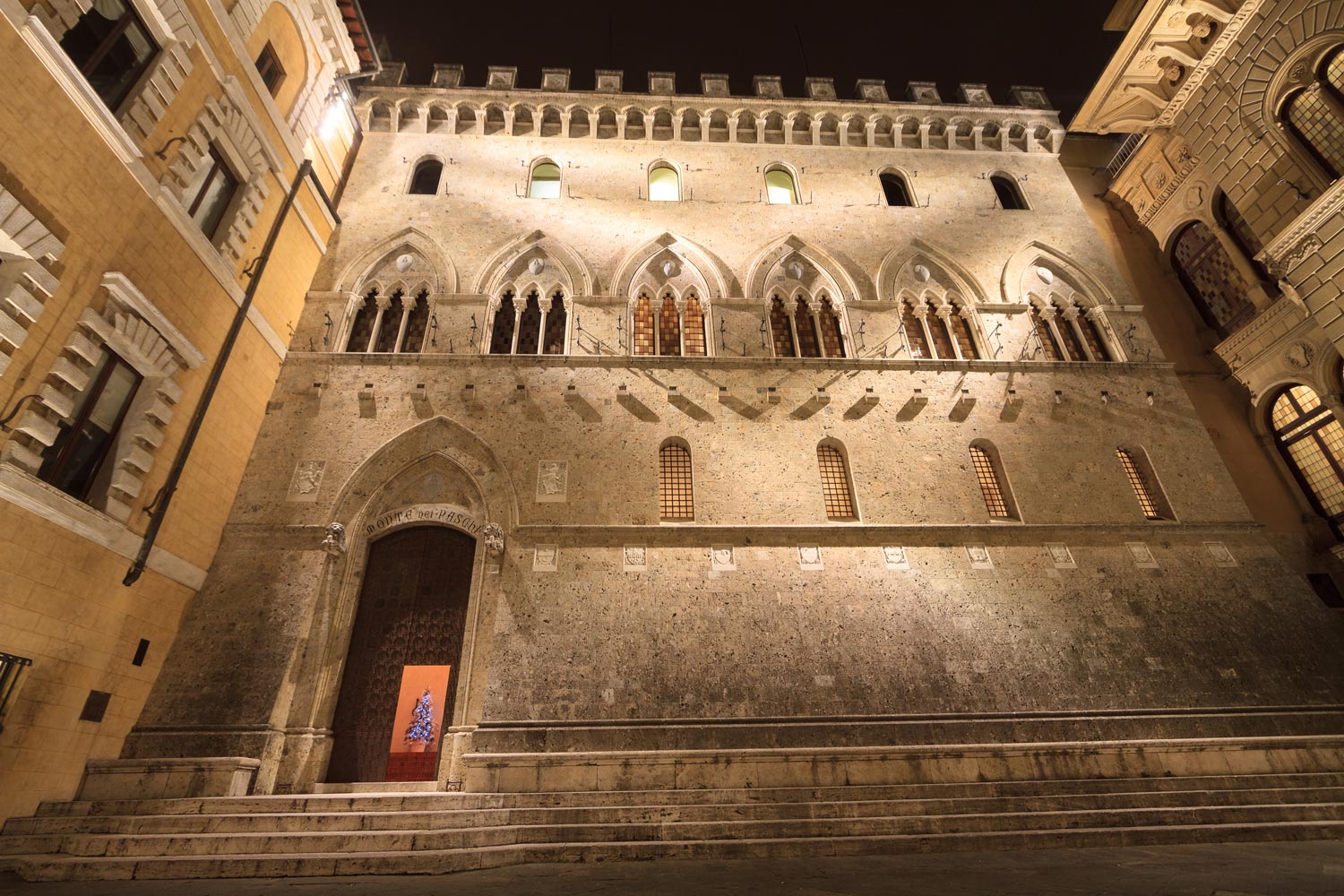 The statue that rises here portrays Sallustio Bandini, economist that invented a new method of payment, a sort of bill of exchange; he was a distinguished personality that gave his personal library, with thousands of books, to his fellow citizens.

The art collection of Palazzo Salimbeni

Every year, during important events such as the Palio, the palace is also open to the public, as it houses a collection of works of art, acquired over the centuries by the Monte dei Paschi bank , painting, sculpture, graphics and decorative works of art, strictly made by Sienese artists or linked to the city, such as Pietro Lorenzetti, Stefano di Giovanni known as Sassetta, Sano di Pietro, Rutilio Manetti or Bernardino Mei.

Siena tells, through its monuments and its alleys, a story that unfolds through the centuries without any interruption, with innumerable testimonies of the beauty and the enchantment that everyone can admire, simply walking around the town.

Previous Article
White night in Siena, an extraordinary event you cannot miss
Next Article
Bike tours in Siena and surroundings