Came out from Palazzo Ravizza, on the right side of the street, we can see the church of San Niccolo del Carmine, where to admire the masterpiece San Michele e gli angeli ribelli, painted by the Senese artist Beccafumi with an incredible sense of modernity at the beginning of XVI century. 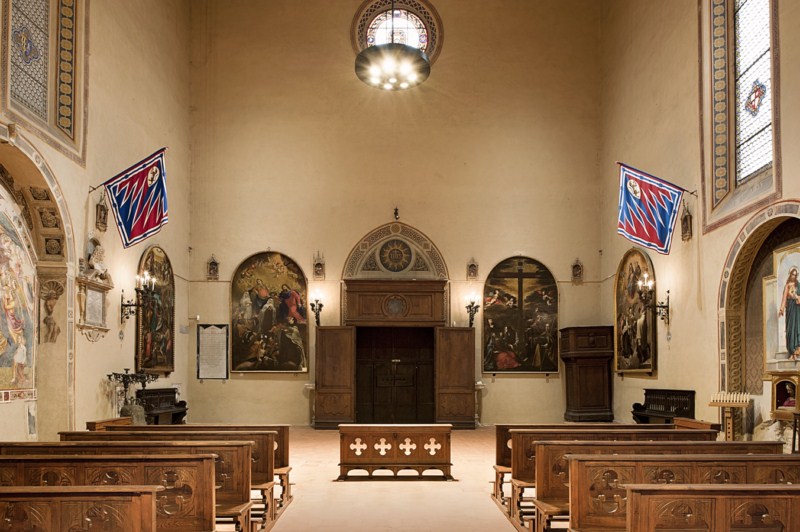 Proceeding on the right there is the shady Sant’Agostino square, 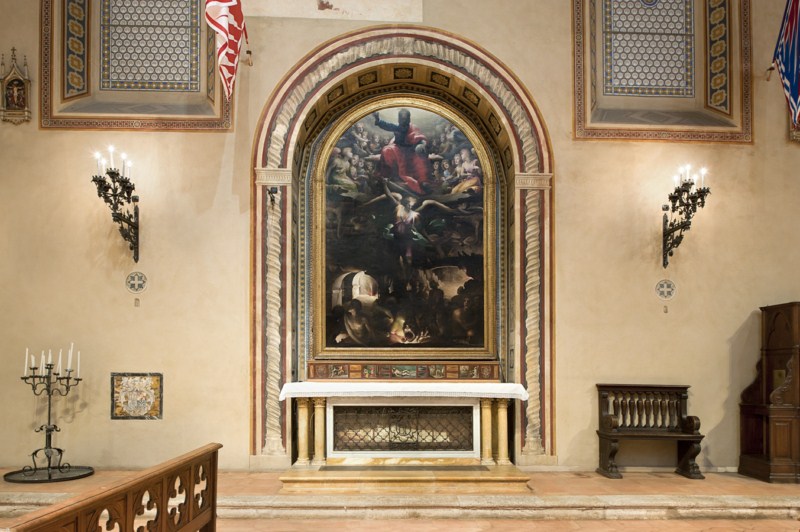 where rises the massive building of the gothic church of Sant’Agostino. 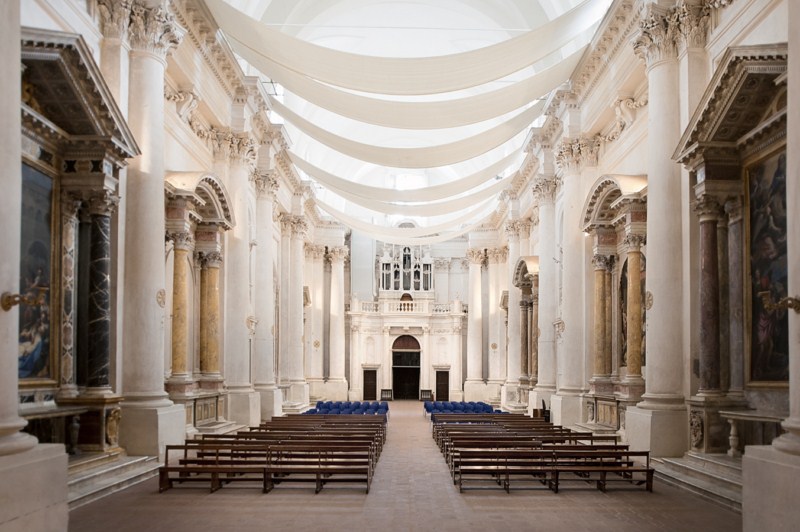 The church has many masterpieces in its interior in late baroque style, among which the fresco by Ambrogio Lorenzetti, the Majesty, from 1338. 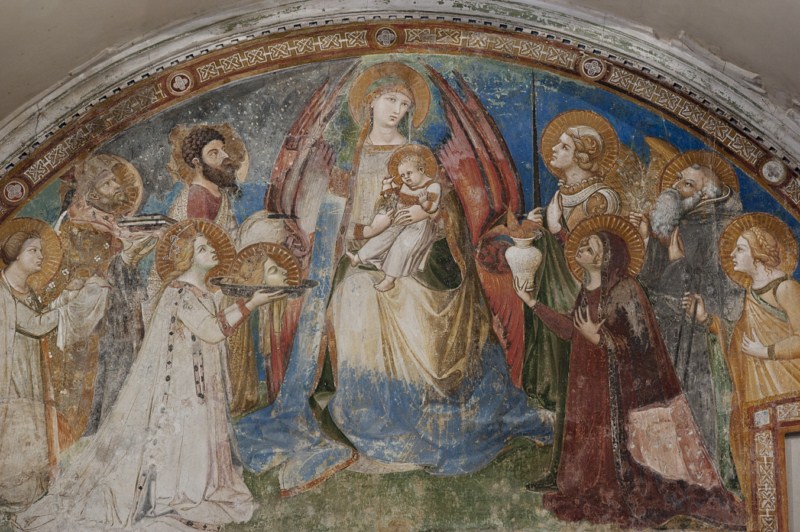 Besides, is possible to admire the amazing Nativity (1488-1494) by Francesco di Giorgio Martini. 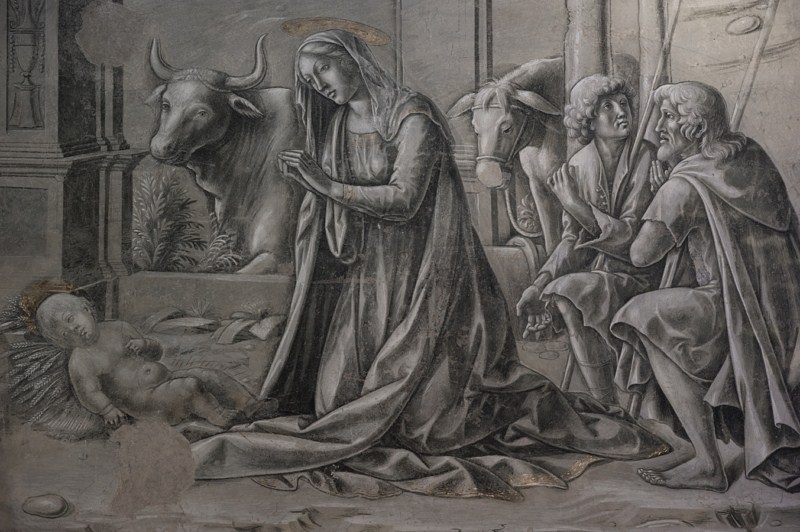 Then you can say goodbye to the darted bronze fish that decores the fountain in the Wave’s Contrada and go through the Arch of San Giuseppe. 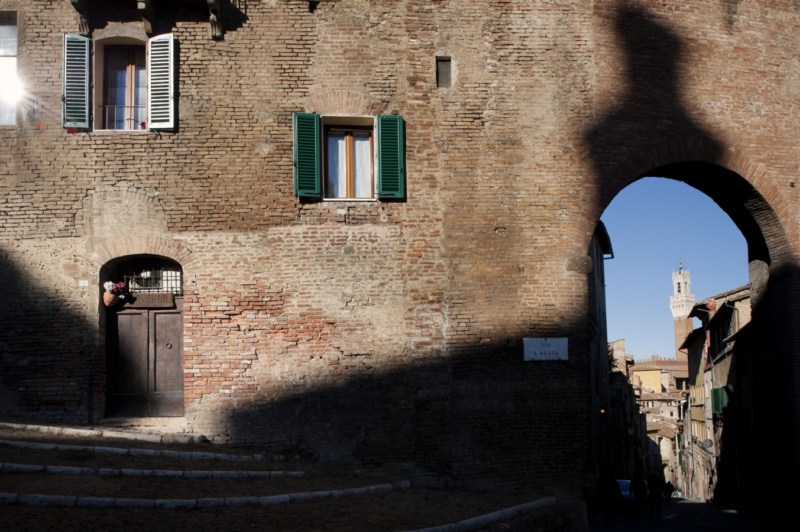 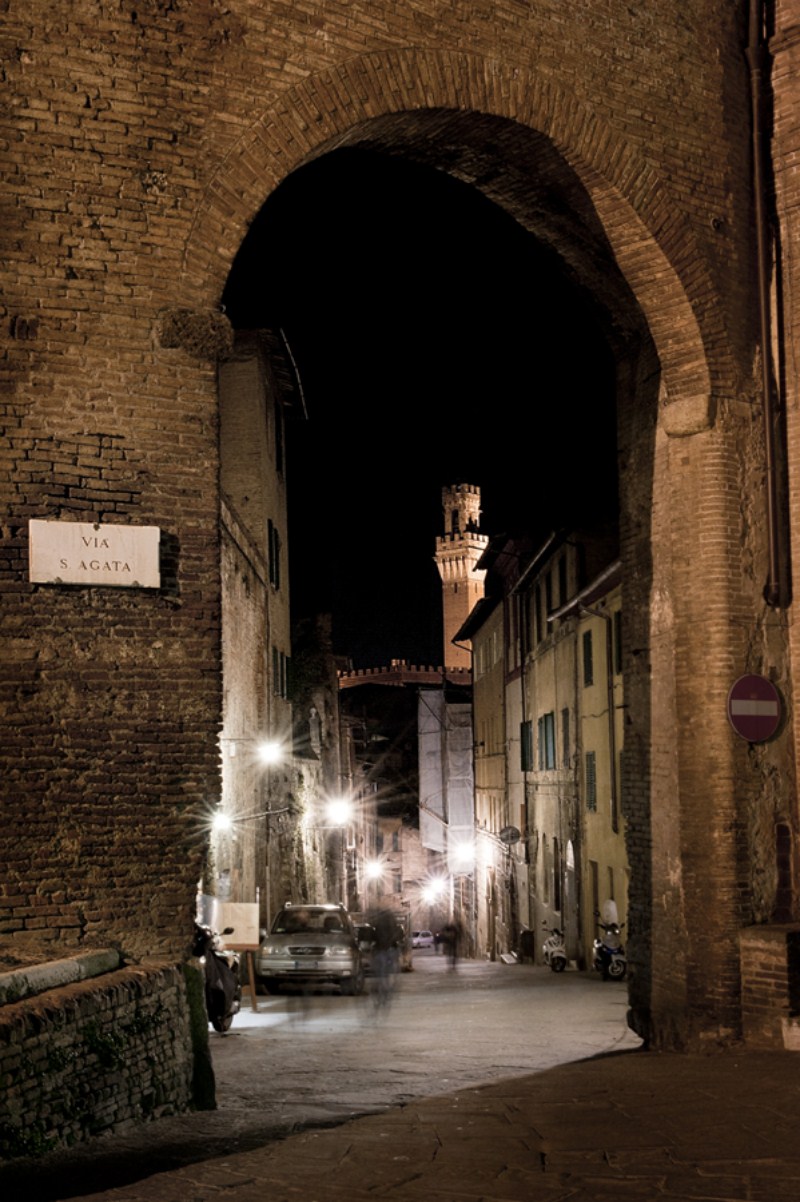 We suggest you a walk at night along Duprè street, lit up by streetlamps. 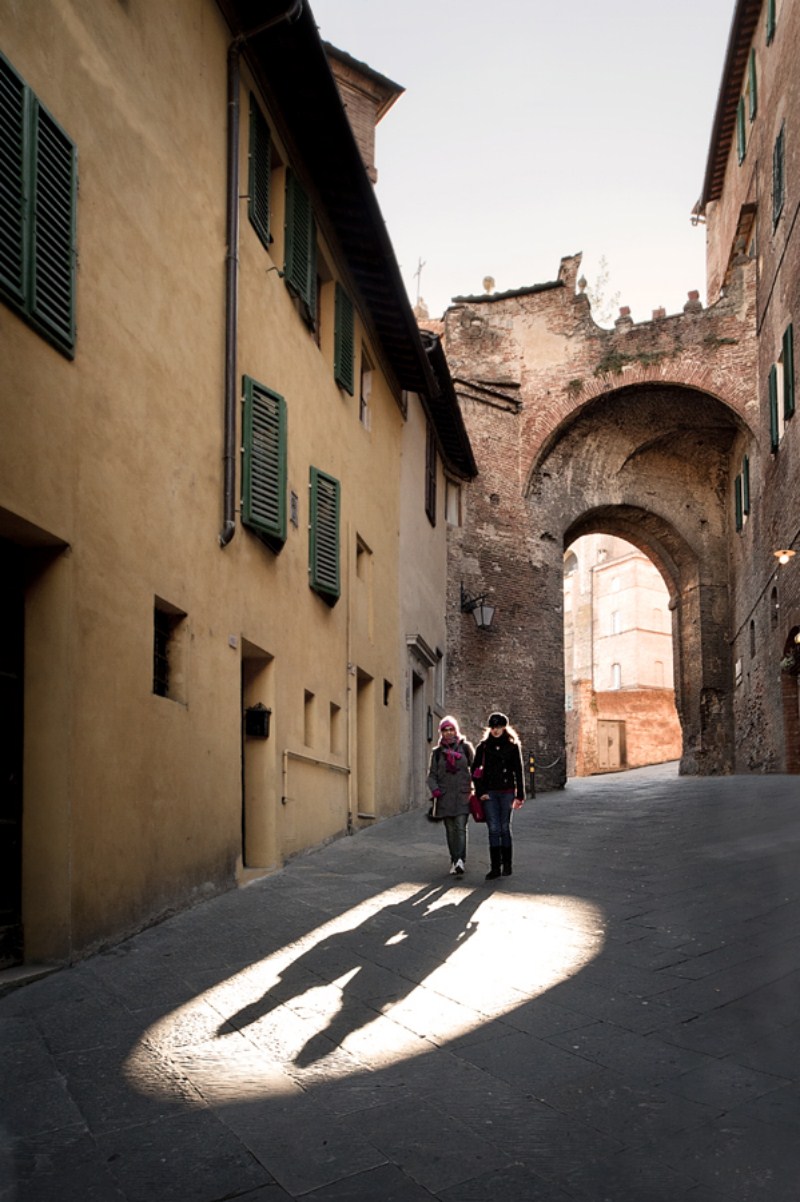 At the end of Duprè street, you come out in the heart of Siena: Piazza del Campo. 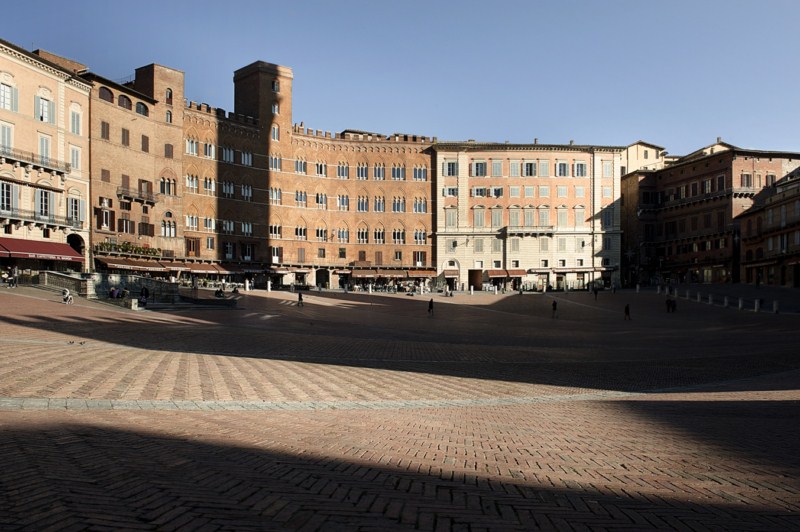 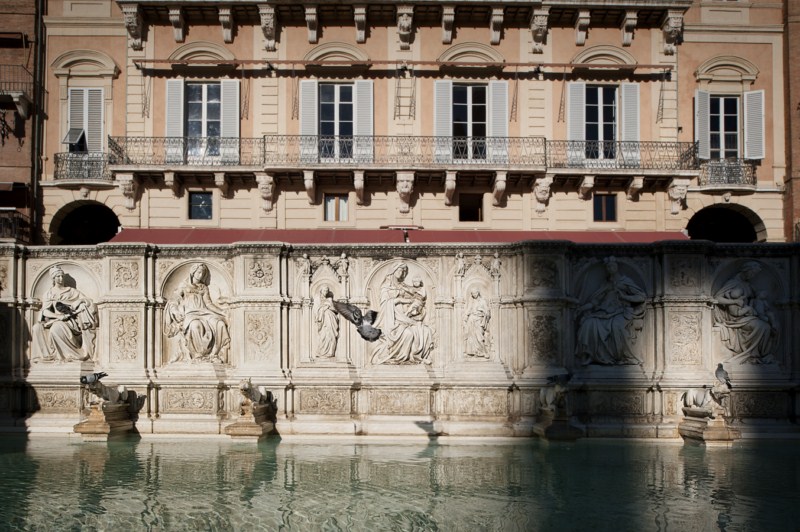 This venue was built at the end of XIII century filling with earth a ravine overlooking the Porta Salaria Romana, and our advice is to visit this square at night, following the steps of Henry James, who at the end of XIX century came to Siena and discover the Medieval magic of this place: “I arrived late in the evening, by the light of a magnificent moon, and while a couple of benignantly-mumbling old crones were making up my bed at the inn strolled forth in quest of a first impression. It was void of any human presence that could figure to me the current year; so that, the moonshine assisting, I had half-an-hour’s infinite vision of medieval Italy”. 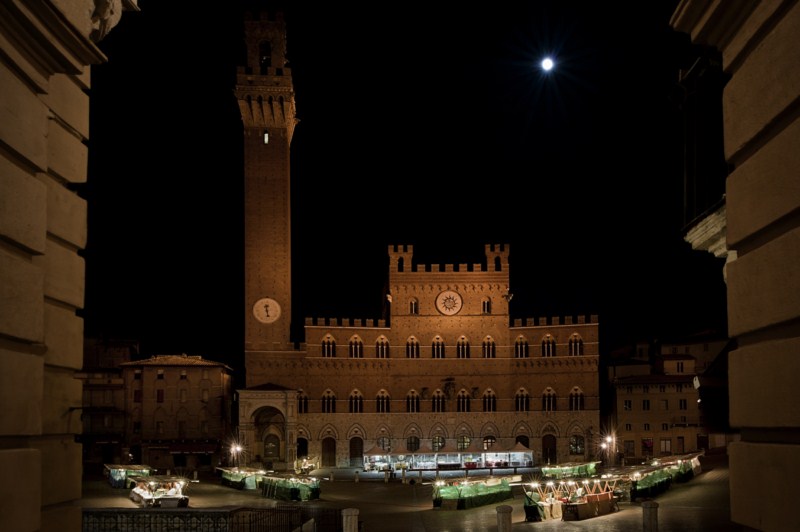 At the top of Mangia Tower, one of the highest ancient towers in Italy (102 metres high), built between 1325 and 1348, you can admire the entire city plan, the Duomo and Piazza del Campo. 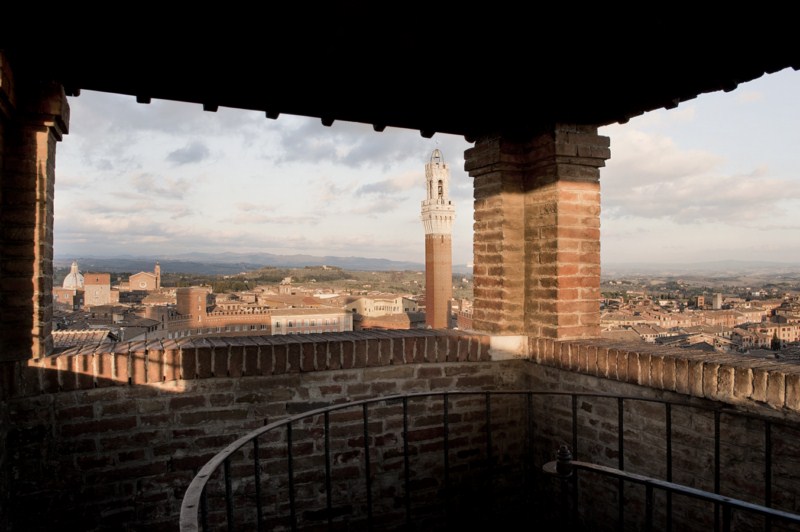 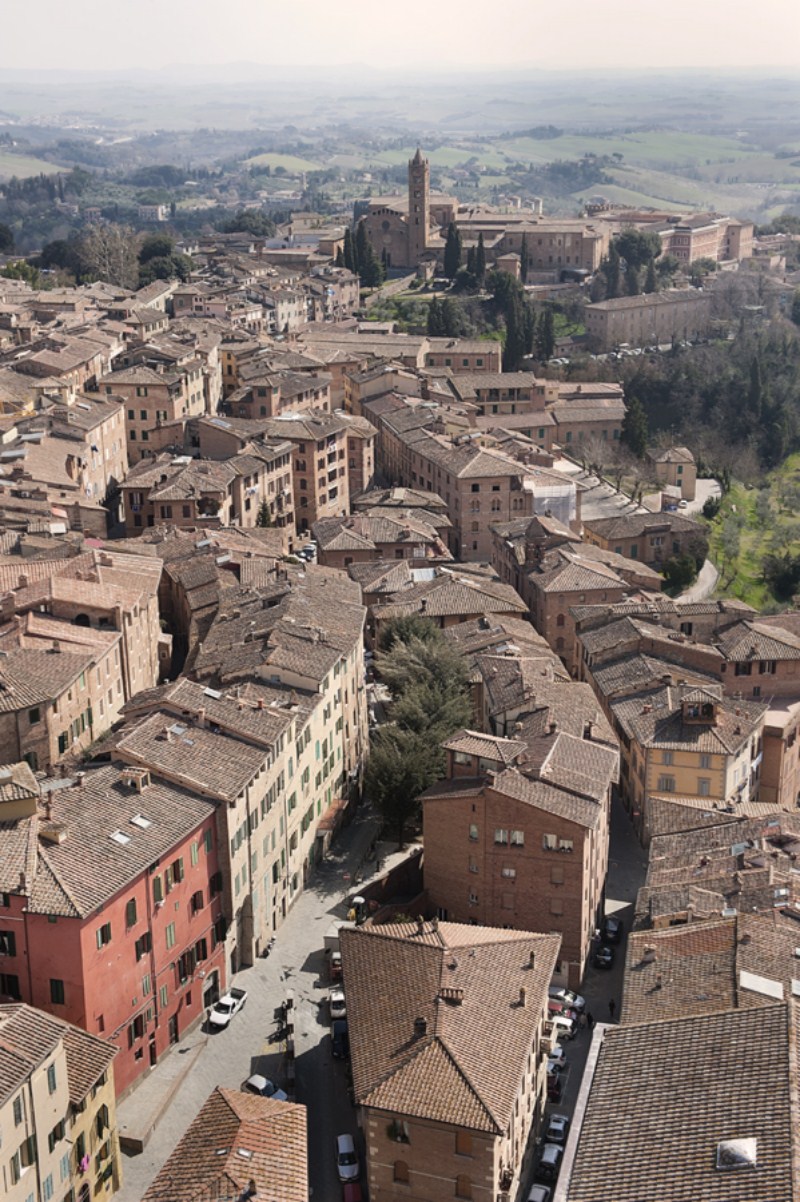 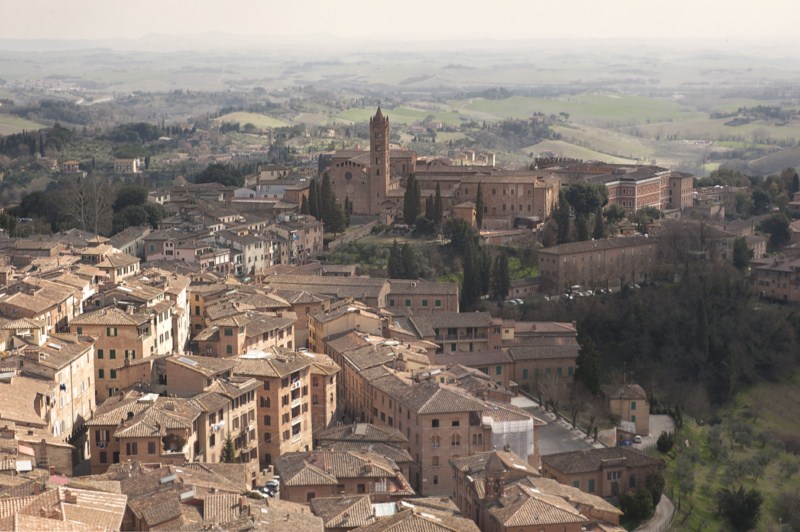 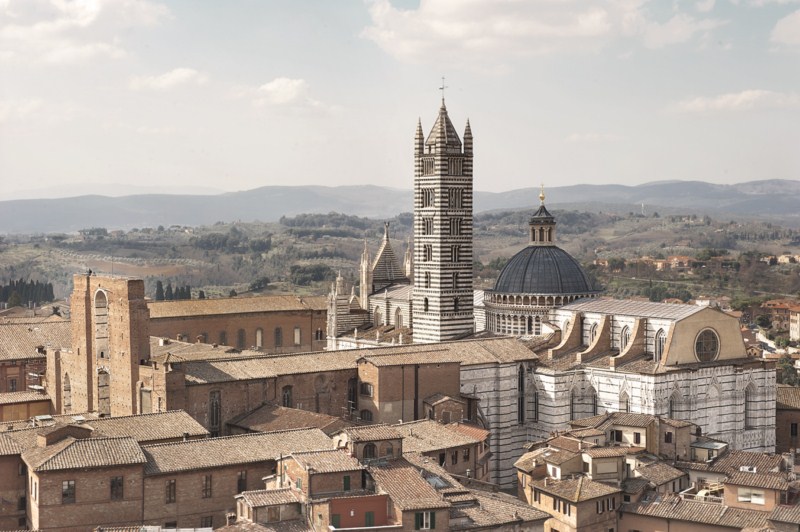 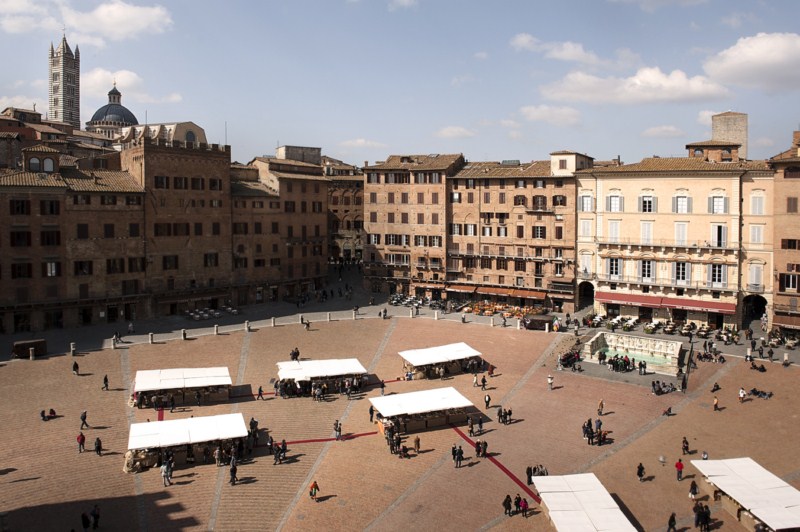 The nine sections of the square stand for the nine members of Guelph Parlament of Siena, that ruled the city from 1287 to 1355. It was the golden age for Siena, that was one of the richest and most important cities in Europe, in fact the trade and the art flourished, and the interior of palace is an awesome example of this splendor.

Is enough to see the Hall of Globe, that takes its name from a painting by Ambrogio Lorenzetti, that in 1340 painted a big wood wheel rolling on a pivot with the Senese vision of the world: Siena at the center and all the cities and the areas controlled by Siena around it.

In the same hall stands out the Majesty by Simone Martini, that dates back to 1315. 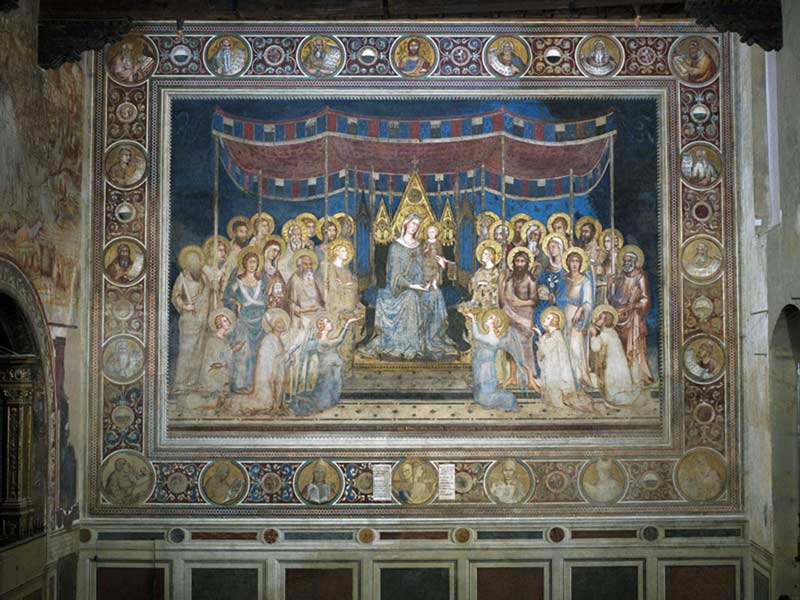 By the same author there is the portrait of the Senese militia captain Guidoriccio, that the French aristocratic writer André Suarès described this way: “Is quiet, uneriing and sure as fate. Only his head is naked under the cloak. Is dressed with the colors of his city. Knight and horse are enveloped with the same brocade where, on the dull-gold background, there is a stripe of black checked lozenges, from the eyes of the horse to its tail, and from the neck of Captain to the crupper of his nervous mount, elegant and refined.
I wonder if the face of this warrior is stubby and brutal, obtuse and sullen, as it seems to me when I saw it closely. Now I don’t know. Isn’t made because everyone could analize it or surprize it. He walk alone through the plain, along the warpath, implacable and irresistible”. 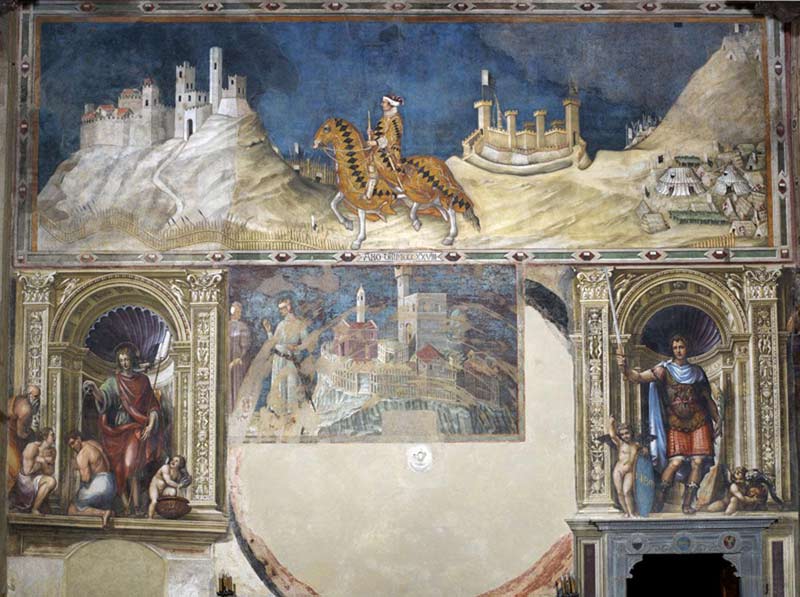 At last, in the Sala della Pace, the Allegory and Effects of Good and Bad Government, painted by Ambrogio Lorenzetti in 1342, an ideal picture of Medieval Siena. 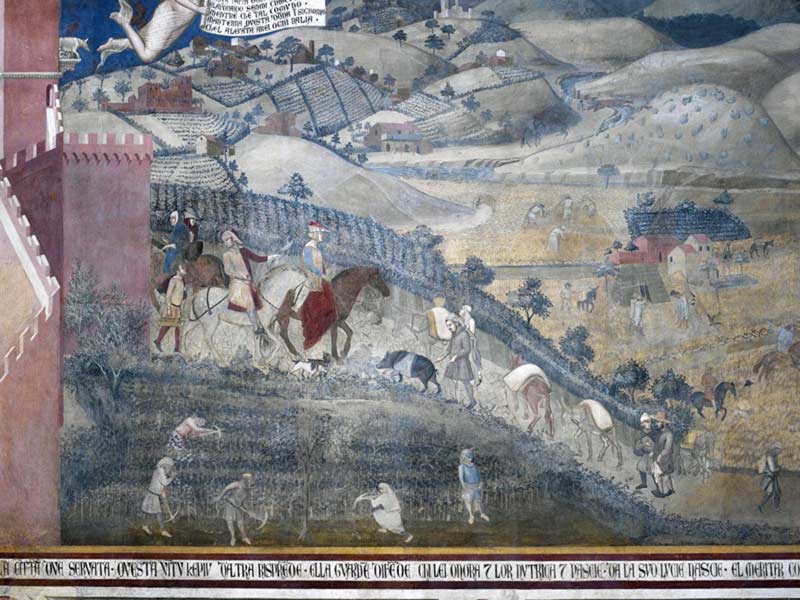 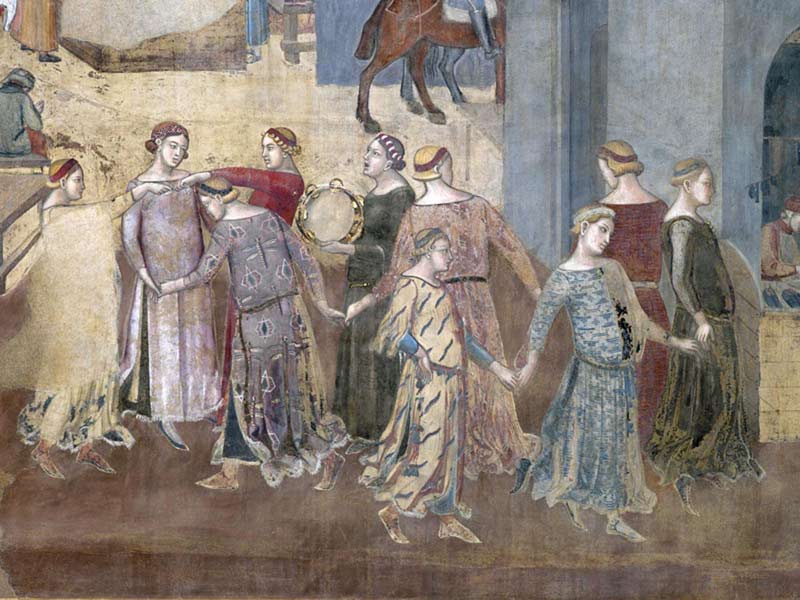 Along this itinerary you will see stores, handicraft shops and high quality restaurants suggested by Palazzo Ravizza. 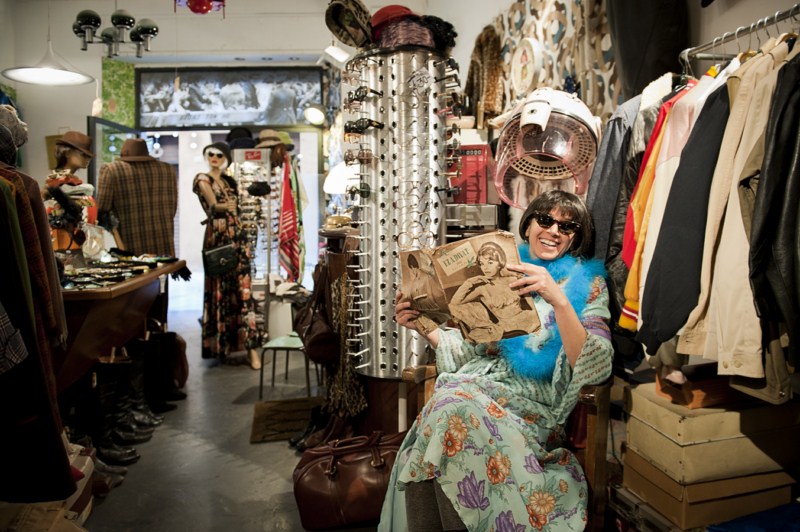 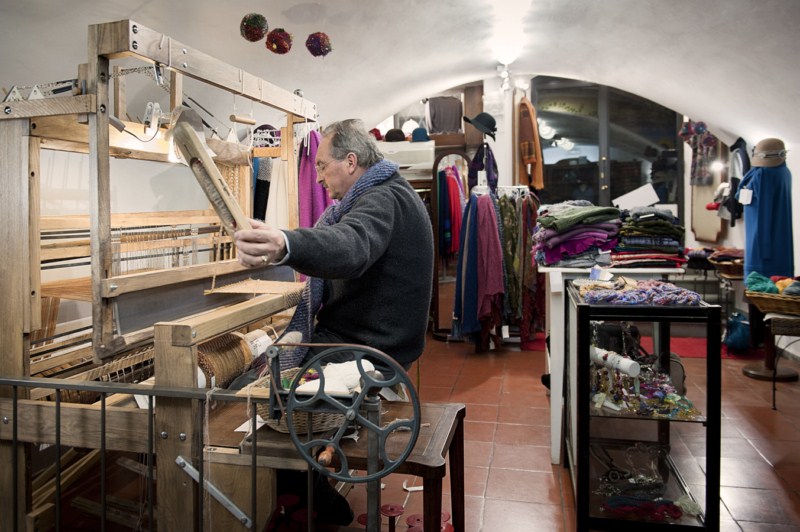 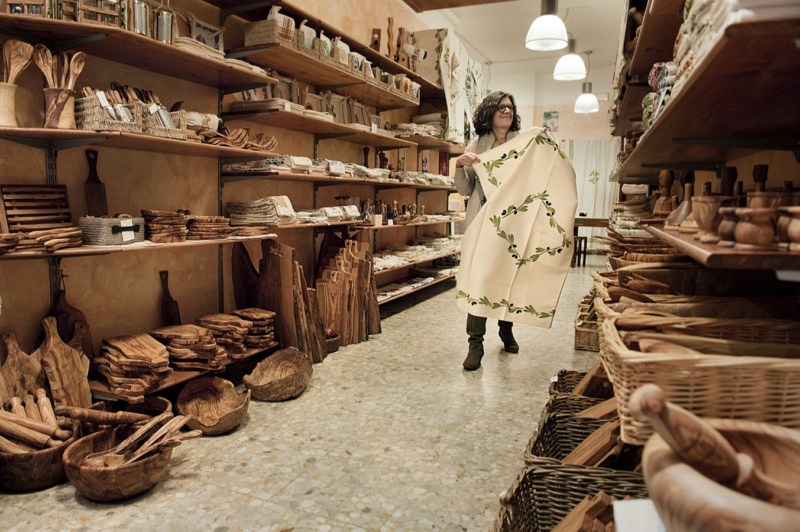 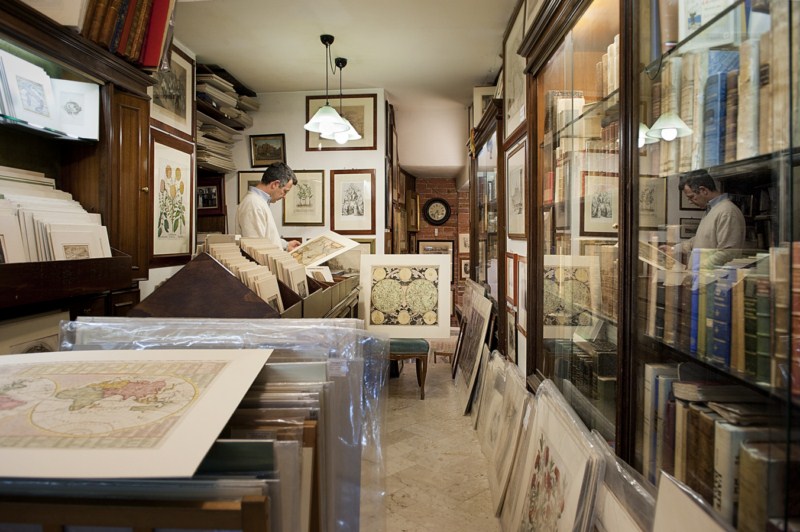 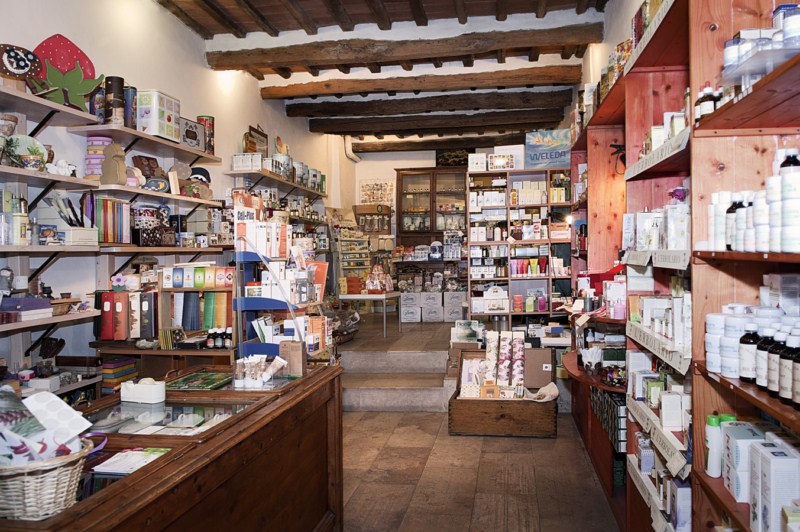 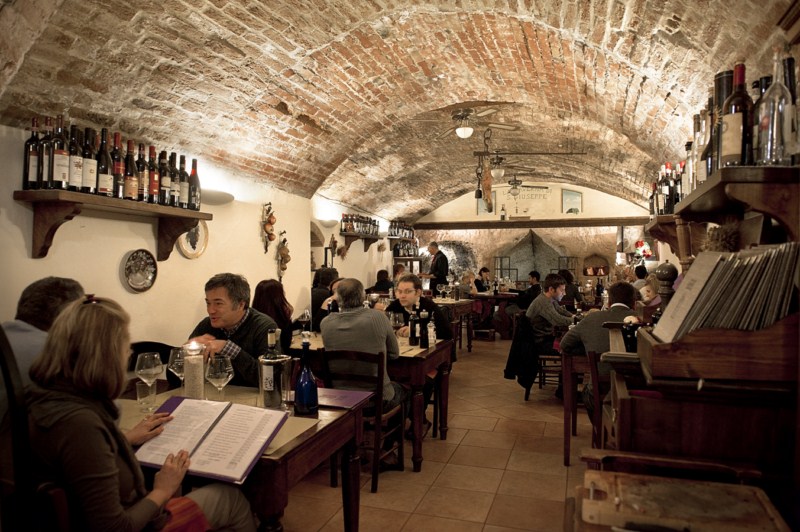 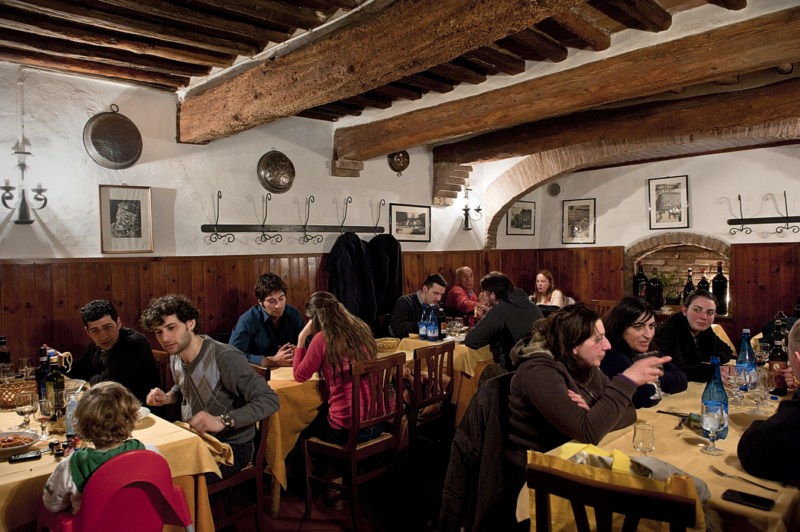