Things to know about the Contrada del Leocorno

Did you know that only one Contrada di Siena has changed its name over the centuries? This is that of the Leocorno, which for a long time has ernated this name with that of Unicorno, apparently for superstitious reasons.

Leocorno, however, is among the 10 Contrade that will run the Palio on July 2nd 2018, so it is an opportunity to deepen its origins and invite you to read the other posts dedicated to the Palio of Siena. 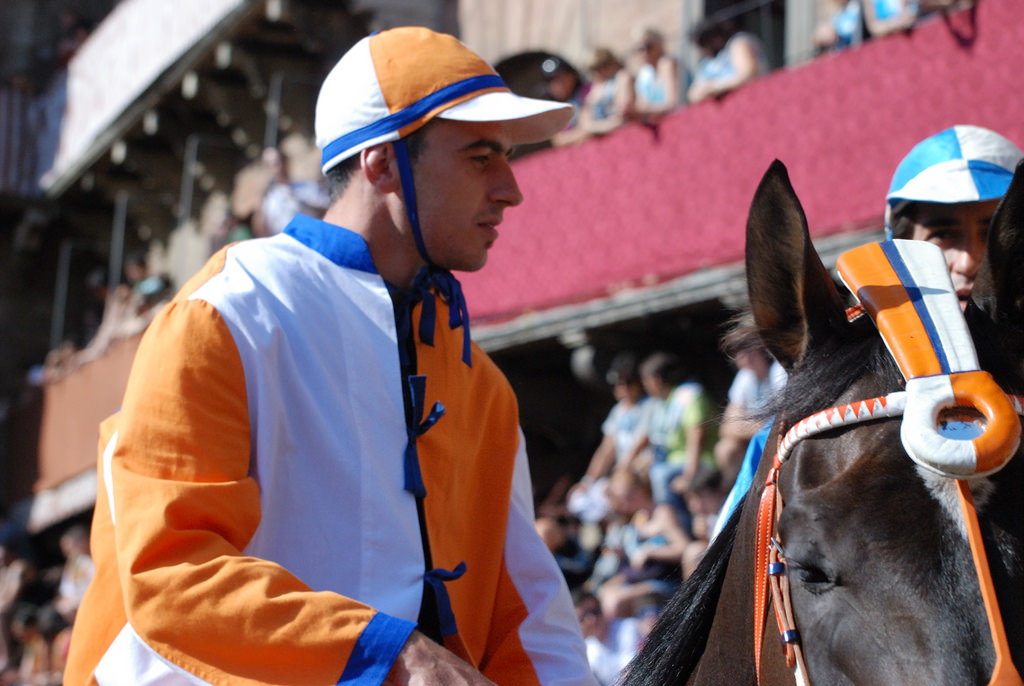 First of all, you should know that the territory that is part of this Contrada includes a part of Via di Pantaneto, Via Sallustio Bandini, a part of Via Banchi di Sotto, Via delle Logge del Papa, Via del Porrione and Via di San Martino, where rises the church with the same name. Moreover, this part of the town includes the Contrada della Spadaforte, one of those that have been suppressed.

Regarding the name, this Contrada ran almost all the careers of the Palio between 1750 and 1790 and then between 1827 and 1902 with the name Unicorno (Unicorn), because it was believed that this brought good luck. With the name Leocorno, in fact, the Contrada didn’t win the Palio for 72 years, a negative record in the history of Siena.

However, in 1902 it was decided to return to the original name and the last victory at the Palio was achieved on 16th August 2007.

A legend concerns the seat of the Contrada oratory,the church of San Giovannino della Staffa, which seems to have been built on the ruins of a temple dedicated to Jupiter.

The official motto of the Leocorno, Fiede et risana al par l’arma c’ho in fronte, is a reference to the mythical horn of the unicorn, able to heal any sickness. Just in the Contrada museum there is a horn of a narwhal, which, according to the legend,it would be a reference to the unicorn. 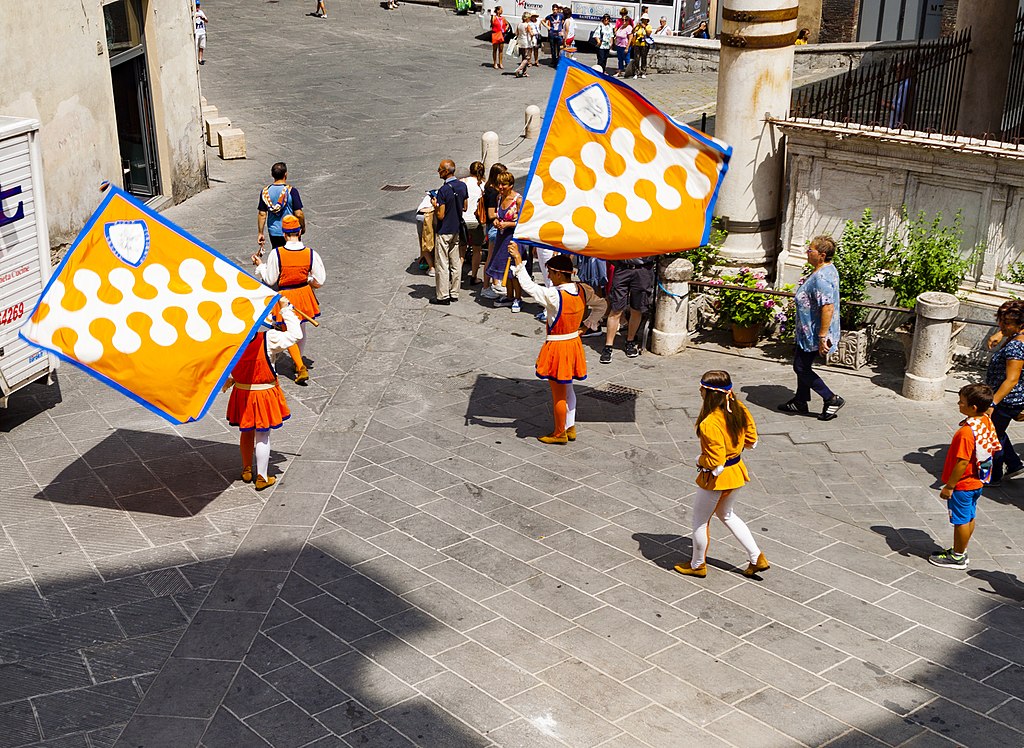 The banner, white and orange with blue stripes, depicts a flying unicorn on a silver emblem with a blue border, with the inscription «Humberti Regis Gratia», dedicated to King Umberto I.

The only historical rivalry is the one with the Civetta, that dates back to the end of the Fifties for border issues between Contrade. We suggest you visit the Contrada museum, located in Piazzetta Virgilio Grassi 6, to deepen the history and anecdotes concerning the Leocorno.

If walking through Siena you hear talk about Leco, know that this is the nickname of the Leocorno. To learn more about upcoming events and for further information, visit the official website

Artículo Anterior
Churches in Baroque and Gothic style you should visit in Siena
Próximo Artículo
Medieval Festival in Monteriggioni, a step back in time into the Middle Ages