New Year’s Eve in Siena, the events on 31 December and 1st January

With this article we give you the answer to the big dilemma «what to do in Siena for New Year’s Eve?», in this case what to do in the evening of 31 and what are the events scheduled for 1st January 2019.

In any case, we wish you an unforgettable holiday in Siena, one of the favorite destinations by tourists from all over the world. 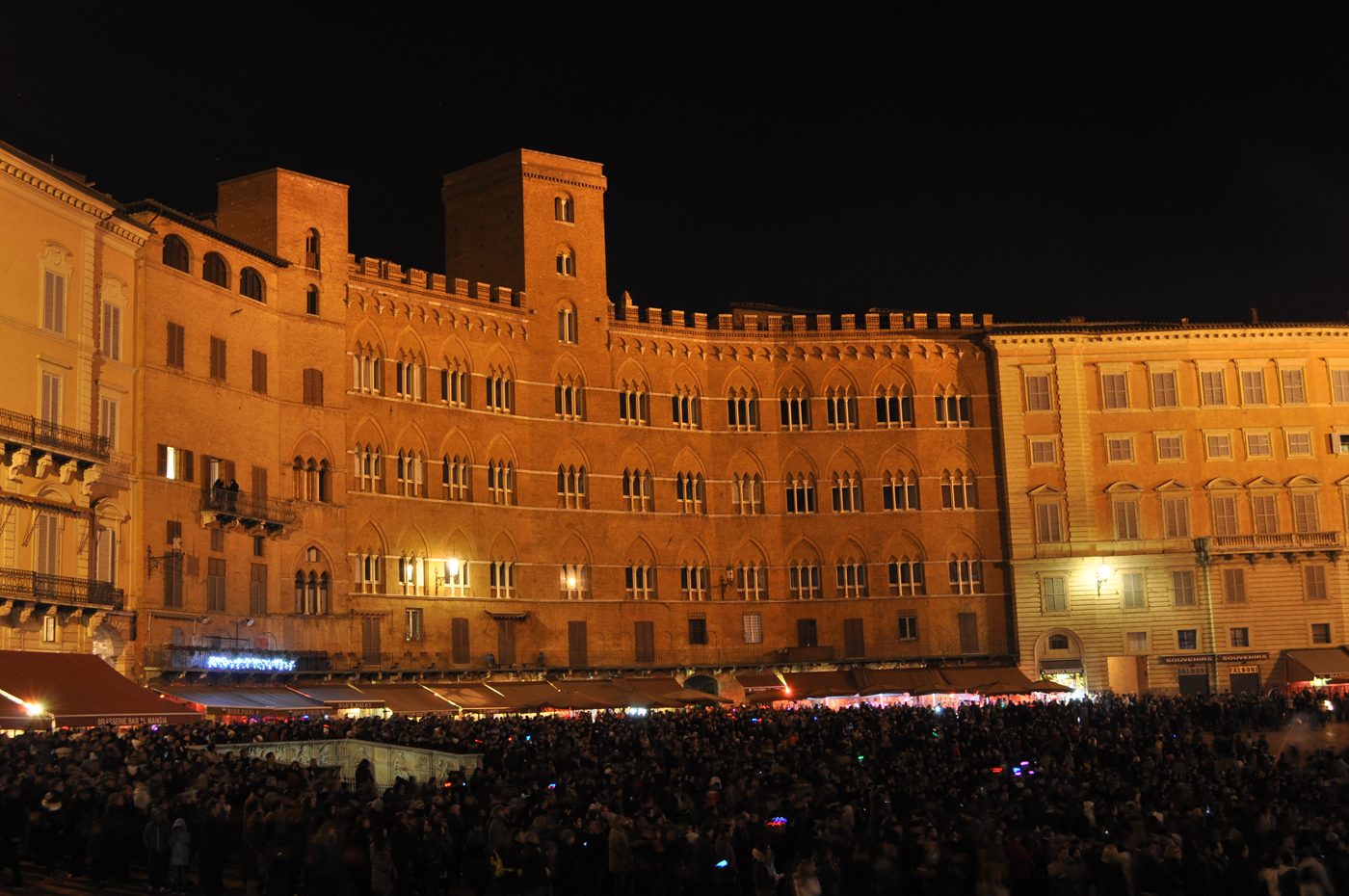 The most famous square of the town is the stage suitable for the countdown of New Year’s Eve: Alex Britti will perform until midnight, followed by 80 Febbre band, to continue dancing until late at night.

The square will be embellished with choreographic elements created by the Badabam school of Siena, specialized in aerial acrobatics with trapezoids and fabrics, and a Ledwall will be active for visual projection during the countdown with live images from other squares, ernating video mapping and images.

Events in the historic center of Siena

In Piazza del Mercato, from 9:30 pm, there will be a show that will bring the square back to the ’20s /’ 30s with the unbridled rhythm of the swing.

Later, there will be of DJs and a band of 6 elements, Ivy & The Bounce, in addition to the performances of the students of Swing Mood school.

In Piazza Indipendenza, Parranda Groove Factory will perform from 10:30 pm, an ensemble of eclectic musicians mixing the carioca rhythms of samba with a very engaging electronic component to unleash the audience.

Piazza Tolomei: in the longest night of the year will be the Mambo Kids to warm up the audience with Caribbean sounds, salsa, cumbia, and Latin rhythms, starting from 10:30 pm.

In the foyer of the Teatro dei Rinnovati will play the Oblivion Tango: an elegant and sensual Milonga for the New Year, with the participation of the best tangers. The show will start at 10:30 pm, admission is subject to availability while seats last.At the Medicea Fortress there will be trendy DJ sets (techno, tech house, deep house) with local DJs and crews that have stood out in recent years. Admission is free and the start is scheduled for 11:00 pm. 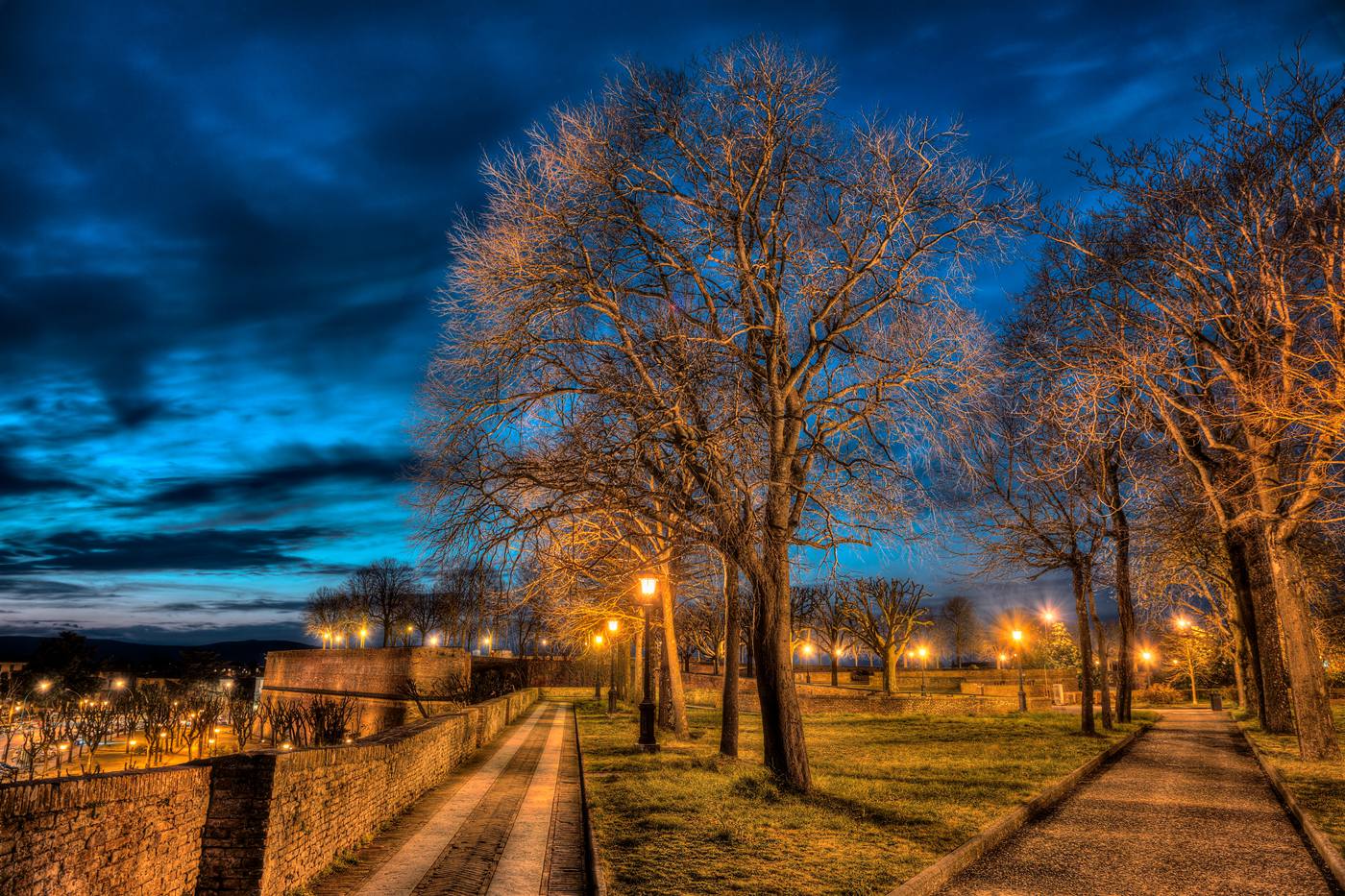 Itinerant in the historic center: in the afternoon of December 31 (from 6:30 pm) the streets and squares will be enliven by the Bandainos, musicians from Colle Val d’Elsa who offer a repertoire of Brazilian percussions.

Finally, we recommend the Toscana Gospel Festival on January 1st, with the exhibition of Pastor Ronald Hubbard, one of the most charismatic figures in the international gospel scene. Next to him will be on stage six artists (singers and bands), powerful and velvety voices in full black style.

The concert will be held at the Teatro dei Rozzi from 5:00 pm, two hours of music in which elements of humor are inserted that drag the viewer into a whirlwind of hehy fun. Pastor Ron is known as «Triple Man» because he is able to sing, dance and act, but also because he is inspired by the strongest «Trinity». Ron is convinced that the Word of Jesus Christ can be divulged, indifferently through record productions, stage or sermon.

This is the official website of the festival, for further information: www.toscanagospelfestival.net.

In our opinion, there is nothing better than starting the year in a place where beauty, hospitality and poetry are at home, like Siena.