Not just red wines. Among the excellent delights from Tuscany, there is also Vernaccia di San Gimignano, a white wine that can boast the prestigious DOCG label.

It’s a speciy of the Siena area, originating from the suggestive medieval hamlet San Gimignano, declared World Heritage Site by Unesco. A product to be enjoyed together with the famous Brunello di Montalcino, for a food and wine itinerary that encompasses different experiences, tastes and fragrances. 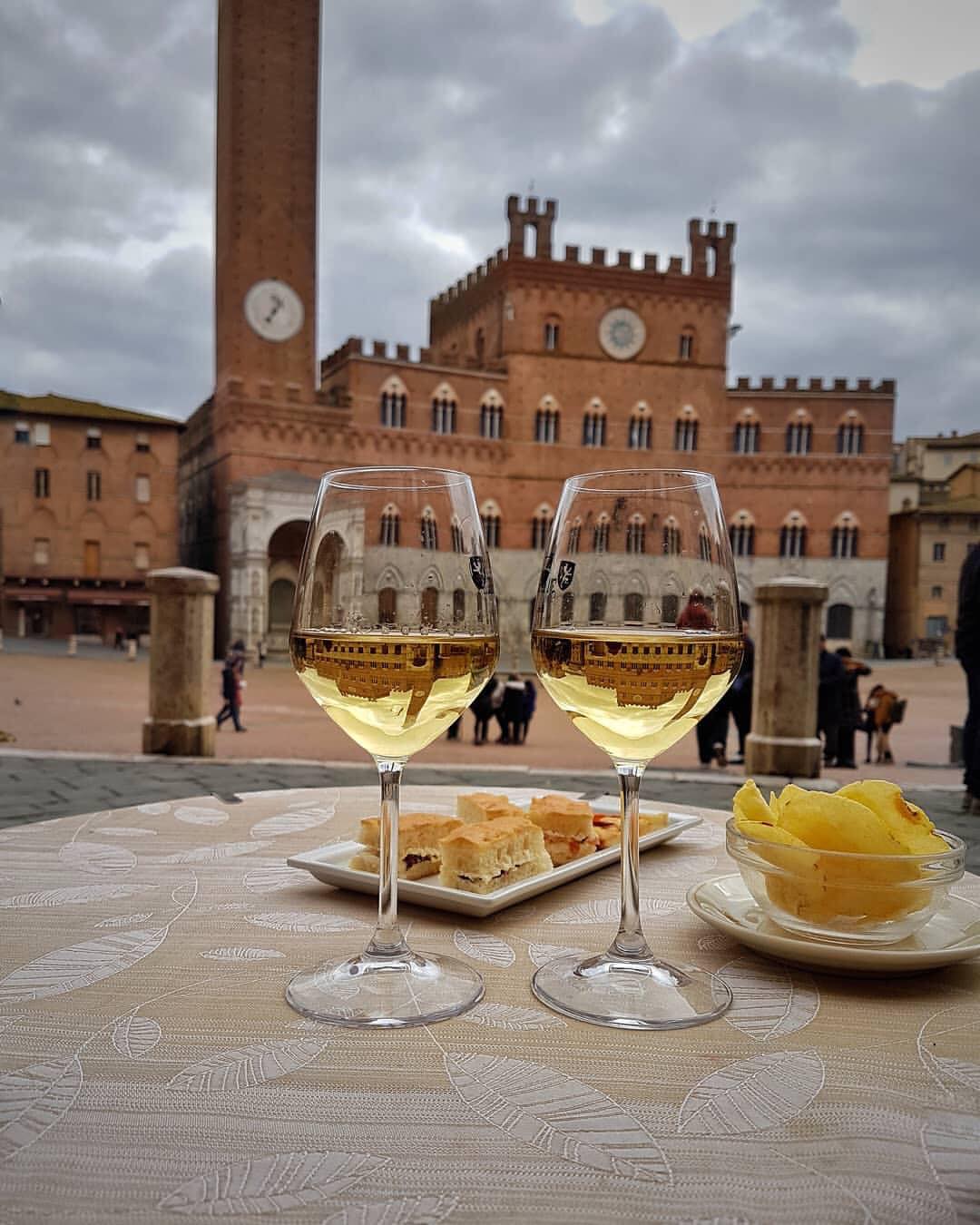 Vernaccia di San Gimignano can boast a long history spanning several centuries, rooted in the Middle Ages. Evidence of its presence can be found on the tables of kings, Popes and wehy merchants as early as the end of the XIII century. In the XIV century it also achieved success among Italian and foreign writers of the caliber of Dante, Boccaccio, Deschamps and Chaucer.

Its name probably comes from «Vernazza», the Ligurian town where the production of that area was embarked: it is in Liguria and Tuscany in fact that it is initially produced, to then spread also in other areas of Italy. In San Gimignano, however, this wine becomes a first-rate wine, coming to identify itself with its territory.

Increasingly requested by noble families, during the XVI century its production increased, becoming so widespread that in the XVII century the Vernaccia di San Gimignano was the protagonist of a painting by Giorgio Vasari and the verses by Michelangelo Buonarroti.

During XVIII century, due to the arrival in Europe of exotic drinks such as coffee, tea and chocolate, tastes change and the production of Vernaccia begins to fade.

In XIX century it ‘s simply a vine with which to produce common wine, mixed with other varieties.

The rebirth began in the thirties of XX century, when Carlo Fregola, professor of the Cattedra Ambulante di Agricoltura of Colle di Val d’Elsa, decided to bet on this ancient product. In the Sixties, Vernaccia is then replanted using the criteria of specialized viticulture. In 1966 it became the first Italian wine to get the Denominazione d‘Origine Controllata (DOC) quality assurance label , while in 1972 the Consortium of the San Gimignano Denomination was established. The quantity and quality of this wine thus have the opportunity to grow, until reaching the DOCG classification in 1993.

How to pair the Vernaccia di San Gimignano 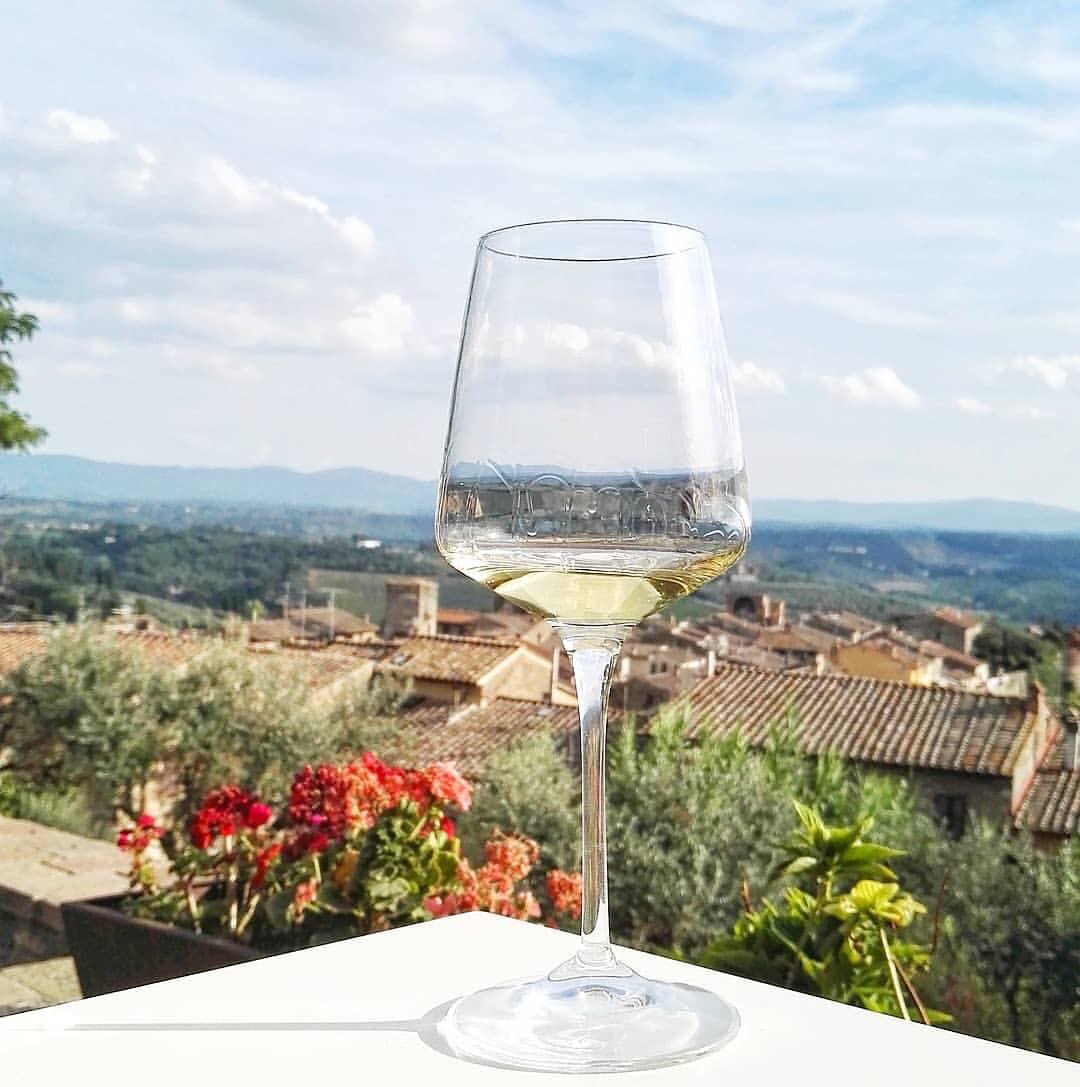 The Vernaccia wine shows a straw yellow color and golden reflections, which are accentuated with aging. Even the fragrance, fruity and delicate, can present mineral marks with time.

Vernaccia is perfect with different dishes of the Mediterranean tradition, where olive oil is mostly used. Excellent with main courses based on white sauce, pasta and rice salads, but also with the famous ribollita of Tuscan cuisine and white meats. 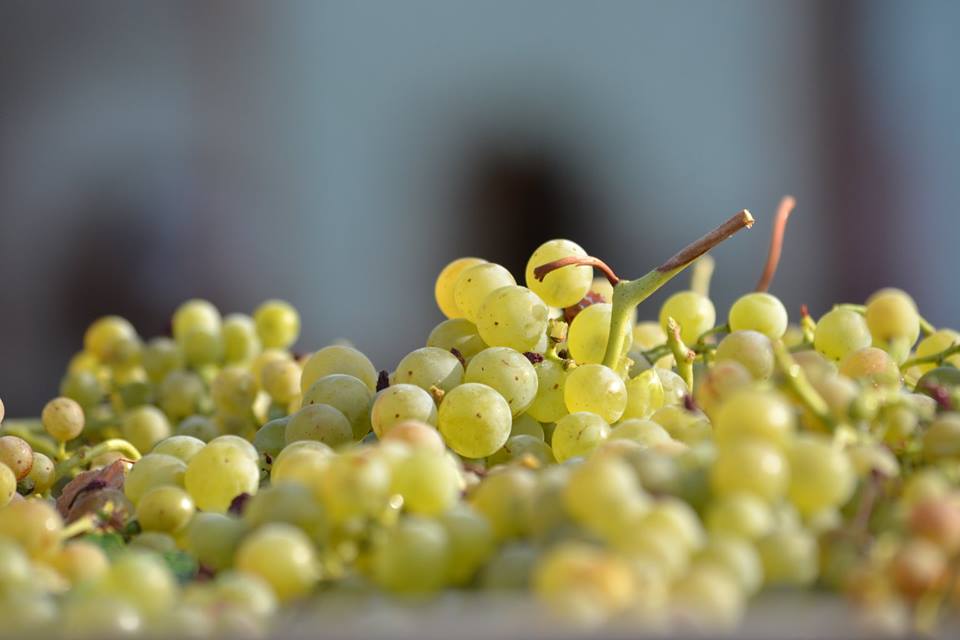 It’s particularly enhanced by fish-based recipes. But it can also be enjoyed with vegetables and cheeses, both fresh and medium-aged.

The ideal temperature to serve it is 8-10 degrees for the vintage wine, while for the reserve wine it is 12-14 degrees.

Artículo Anterior
Terre di Siena Ultramarathon, the sporting event suitable for everyone
Próximo Artículo
Typical Sienese dishes you should taste all the year round