Twice a year Siena celebrates the Palio, every time in a different way, despite the absolute respect of tradition.
Even on this occasion, the Palio has been an exciting event in which unpredictable events have occurred, so we want to retrace the salient moments of this edition of the Palio dell’Assunta, won by the Contrada dell’Onda.
Let’s start from the anniversaries: did you know that this edition was dedicated to Giovanni Duprè, Sienese sculptor, in the bicentennial of his birth?
This dedication must have brought luck to the winning Contrada, since Duprè belonged to the Onda. 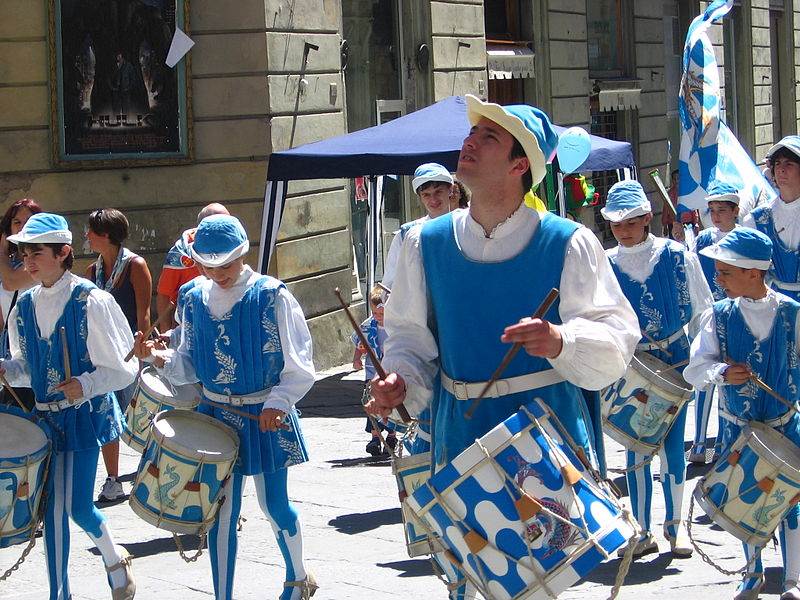 Another important anniversary relates to the only woman who ever joined in the Palio as jockey: it was on August 16th 1957 when Rosanna Bonelli, nicknamed Rompicollo, ran the race because of her participation as an actress in the movie « The Girl of the Palio ».
Since then no other woman has ever participated as a jockey, so this event was an exceptional case that, for the time being, doesn’t seem to happen again.
As we have already mentioned many times (for example in Palio dell’Assunta, the highlight of summer in Siena), you cannot define this appointment as a horse race because the whole city is involved all year long in the organization, waiting and hoping to renew each time the « rebirth » of Siena, thanks to the sense of belonging to a Contrada.

For Sienese people, attending the Palio means dressing their most authentic clothes, not a disguise, but an opportunity to feel part of a community that is close and linked to rites, rules and the exclusivity of an event that is unrivaled in the world. 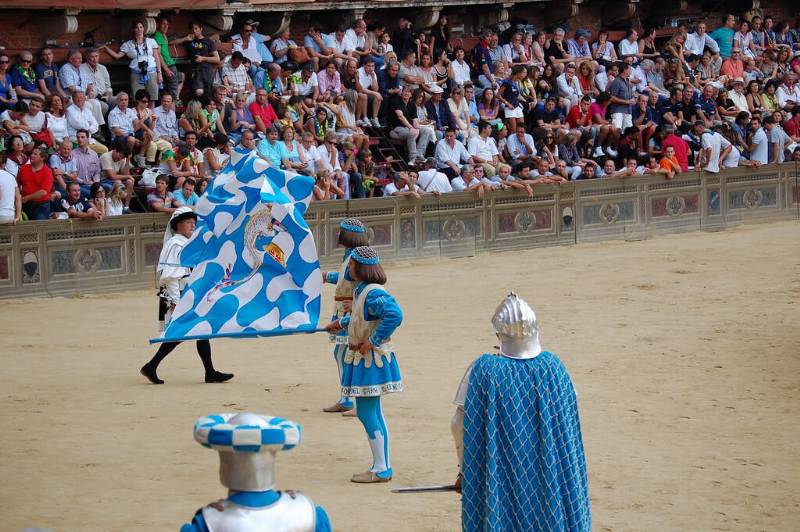 August 16th 2017 will be remembered as the Palio of Carlo Sanna (nicknamed Brigante) and Porto Alabe horse’s first victory.
The horse also holds a special primacy: it has 10 consecutive Palios competing having won only the latter, just in conjunction with another August 16th, because in 2013, the Onda won its last Palio
For the Onda Contrada is the 41st victory, a result obtained on the third lap of the square, surpassing Elias Mannucci, nicknamed Turbine, of Chiocciola (Contrada of the Snail), up to that point in the race.
Like the Palio on July 2nd, this was also run by 9 Contrade instead of 10, as the Lupa retired because of the heh conditions of the horse Quore de Sedini.

Article Précédent
Sovicille, that gentle hamlet close to Siena
Article Suivant
Cycling in Siena: how to explore the town by bike