The Mille Miglia race in Siena: useful things to know

A tradition that renews itself, once again with the timeless splendor of Siena. The Mille Miglia will arrive in town on 17th May 2019, transforming its historic center into a large museum of historic open-air cars. This year’s notable scenario of the famous event will also be the suggestive Piazza del Campo.

An event dedicated to classic and vintage cars 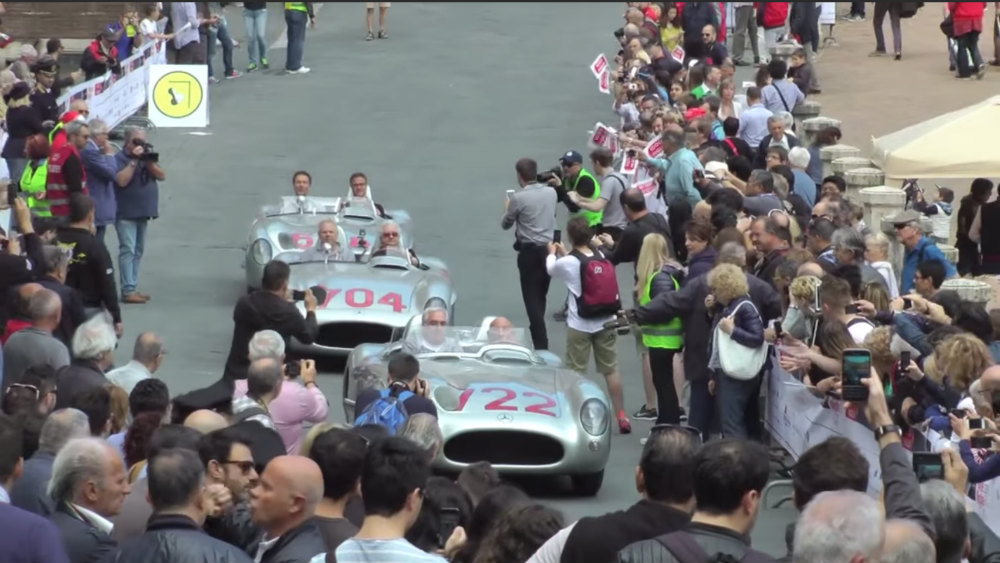 Isn’t the first time that the 1000 Miglia has crossed the town of Siena: even in 2018, vintage cars have crossed the streets of the city. This year, however, the traditional event presents two great news.

All the cars will stop in Piazza del Campo, from where they will start again after making the time check. And the crews, coming from as many as 40 countries and 5 continents, will be hosted at Palazzo Pubblico for the traditional stage lunch.

The 430 cars, evidence of the history of car design, will start from Brescia on Wednesday 15th May, before returning on 18th, after stopping in Cervia-Milano Marittima, Rome and Bologna.

The arrival in Siena is scheduled at 12:30 am on Friday 17th May, the day of the third stage of Mille Miglia race, which will start around 6:30 am from the capital and will end in Bologna in the evening. The cars of the 37th historical commemoration of the Freccia Rossa will also cross Viterbo, Radicofani, Castiglione d’Orcia and, after having stopped in Siena, they will continue on to other Tuscan cities such as Vinci, Montecatini, Pistoia, Florence and then pass the Passi della Futa and Raticosa.

The history of the 1000 Miglia 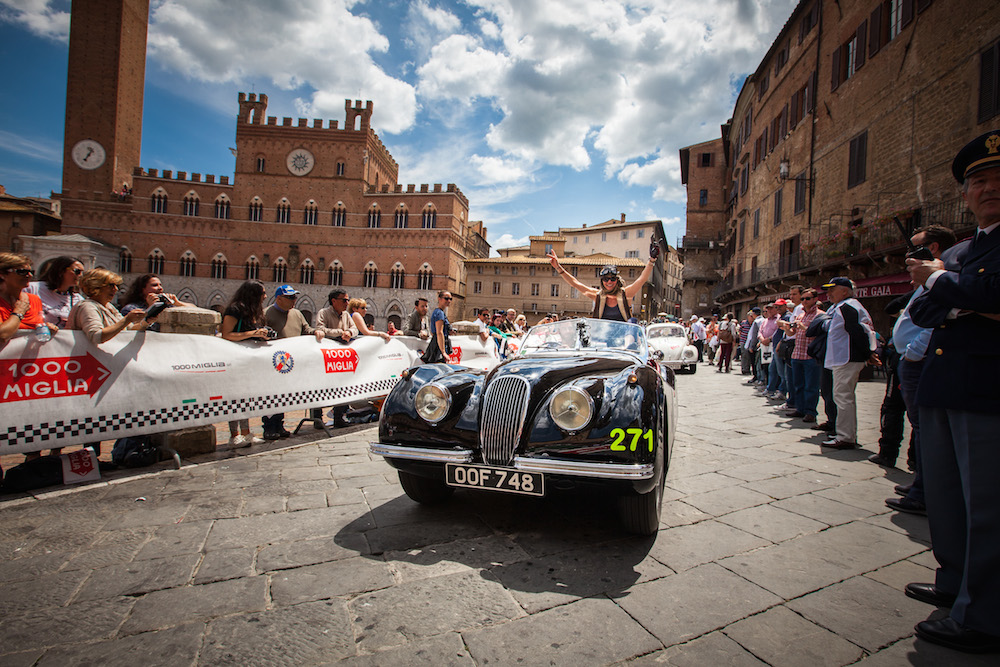 Known as „the most beautiful car race in the world“, the 1000 Miglia has its roots in the late 1920s in Brescia.

Born as a speed race on distance, along roads open to traffic for a distance of about 1600 kilometers, it has had as its protagonists the main personalities of car racing of every era. From Giuseppe Morandi and Ferdinando Minoja, winners of the first edition, to Tazio Nuvolari, Clemente Biondetti and Alessandro Nannini (born in Siena!), the first professional driver to win a Mille Miglia in 1987.

Since 1927, the year of the „First Cup of the 1000 Miglia“, until today, the 1000 Miglia offered many adventures; it has become a regularity competition with historic cars in 1977.

Participating in this unique event, being fascinated by the roar of the vintage cars, the colors and the incredible story of its very special cars is a way to experience Siena from a privileged and really exciting point of view.

Vorheriger Artikel
Visit Murlo in a day: a guide to medieval hamlet close to Siena
Nächster Artikel
The best wine bars in Siena where to taste DOCG wines