The most delicious dishes of Sienese tradition

How many ways can you appreciate the delights of Sienese cuisine?
We have recommended you the most popular dishes, the typical restaurants , places where to buy local speciies, the best cooking classes, this time we are inspired by Siena Food Innovation event, which takes place on Thursday 6th and Friday 7th October, to suggest some delicacies that you should enjoy if you are on vacation here.

What this event about innovation in food has in common with the ancient Tuscan culinary tradition? The answer is easy: from the retrieval of the oldest recipes depends on the identity of food and the next advancements in the preparation of a dish and choice of the ingredients.

To understand the importance of gastronomy in Siena, just think about the name of some street in town like Malcucinato, today known as Via Salicotto.

Among the most interesting initiatives of Siena Food Innovation we mention the live reenactment of the typical Sienese workshops of Xiv century, set up in the Cortile del Podestà at Piazza del Campo, the presentation of the projects by the students of the University of Siena concerning the “agri-food” field and cooking shows with starred chefs and bloggers. 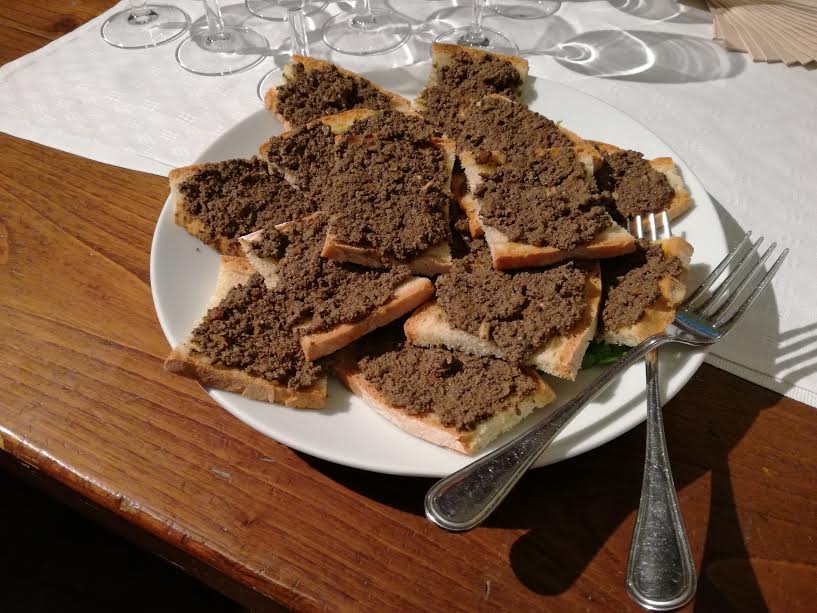 Did you know that black croutons derive their name from the colors of the ingredients, because they are prepared with chicken and spleen livers? The word „crouton“ is also used in the Sienese dialect to indicate people a little sick, but especially the eccentric ones.

The “crostini neri” are the typical appetizer in Tuscany and especially in Siena; the variations of the recipe show that there are different preferences in the preparation of this delicacy: there are those who prepare the sauce with all the herbs, namely onion, celery, carrot, garlic and parsley, then cut the livers. Others add tomato sauce, without wine and capers. Others don’t use butter as ingredient. Some families are used to bathe the bread in the broth before spreading it with the sauce.

The black croutons in the Sienese way are a top choice for aperitifs as well as to appease the appetite before eating the main dishes.

The origin of this recipe comes probably from Northern Italy, however, this kind of pasta is very common in Siena and the surrounding area, the name “malfatti” means “deformed”, in fact this homemade pasta has irregular shape.
Malfatti are based on ricotta cheese and spinach as main ingredients. This kind of pasta can also be cooked without eggs, so it is also recommended for vegetarians and vegans. 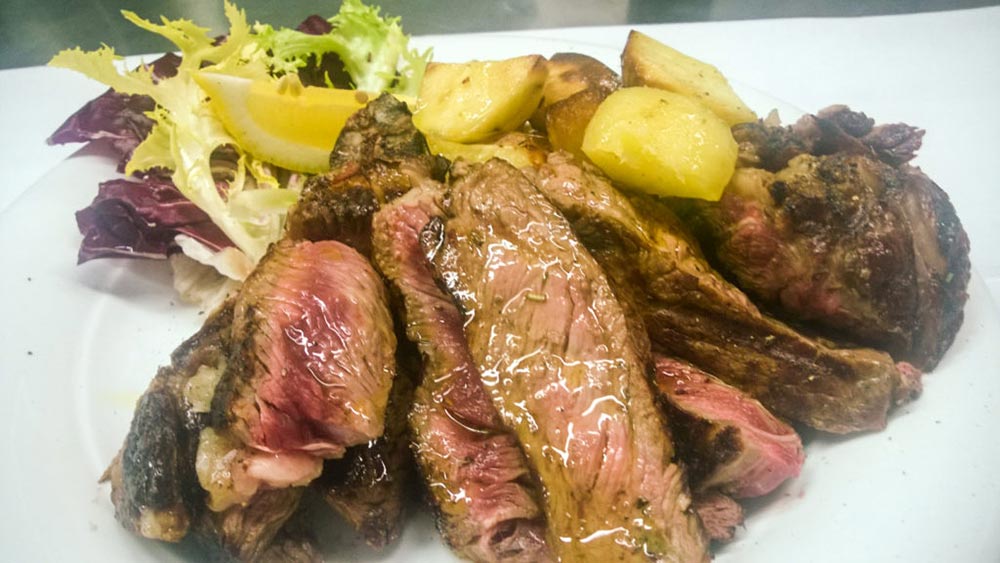 One of the most popular dishes in Sienese restaurants is without a doubt the tagliata di cinta, as this valuable breed of pig is only raised in these lands and is distinguished by the white rim at the shoulders, from which the name derives.

The peculiarities of these meats are: more tastiness than the other kinds of meat, maximum digestibility tasty, rich in unsaturated Omega 3 and Omega 6 fatty acids.

Savor this dish in a restaurant in Siena, perhaps paired with a red wine such as the Nobile di Montepulciano or Brunello di Montalcino, is a nice way to celebrate the excellence of the Siena’s culinary tradition.