Here rises the town that we recommend to visit in one day, since it is less than 30 kilometers from Siena, Colle di Val d’Elsa, a place known especially for crystal production since the XIX century, so far to be called in the past the „Bohemia of Italy“.

What to see in Colle di Val d’Elsa? Our tips can be useful if you want to spend a nice day in Siena surroundings.

Why Colle di Val d’Elsa is known as the city of crystal?

This hamlet consists of two parts: the historic center is on a hill, the new part of the town is in the lower part. From Siena, you can also get there by coach and start the tour from the newest part.
Piazza Arnolfo di Cambio is the starting point: this square has been redeveloped thanks to the project curated by a team of architects led by Jean Nouvel, an intervention that has made this part of the town very elegant.
Here is held the local market every first Sunday of the month, a place where to find handicraft products, typical foods and much more.

Nearby, in Via dei Fossi 8/A, there is the Museo del Cristallo, dedicated to this tradition so important for Colle di Val d’Elsa, since here is produced 95% of the Italian crystal and 14% of the world production.
The museum exhibits crystal artifacts collections from the late XVI century when the glass industry was born, until today, alongside designer items and examples of crystals engraved with the most ancient techniques.
In a section of the museum there is even a „crystal forest“, an installation specifically designed to homage this material.

Walking along Via Giuseppe Garibaldi you will find many restaurants and shops, then turn right twice and you will reach the tunnel inside the rock, leading to the public elevator to the historic center.
From here you will reach a terrace overlooking the hamlet and the surrounding hills, and then start visiting the oldest part of Colle.

At Via del Castello are located both the Ranuccio Bianchi Bandinelli Archaeological Museum and the Civic and Diocesan Museum; inside the first are displayed archaeological finds from Valdelsa, while the Civic Museum is dedicated to works of sacred art produced in this area.
If you are passionate about architecture, Colle di Val d’Elsa will surprise you with the peculiar style of its palaces and churches, like the former Conservatory of St. Peter, designed to host all the city’s museums, the Campana Palace, the Varii Theater the Convent of St. Francis and Via delle Volte, the ramparts that testifies to the medieval roots of the town. 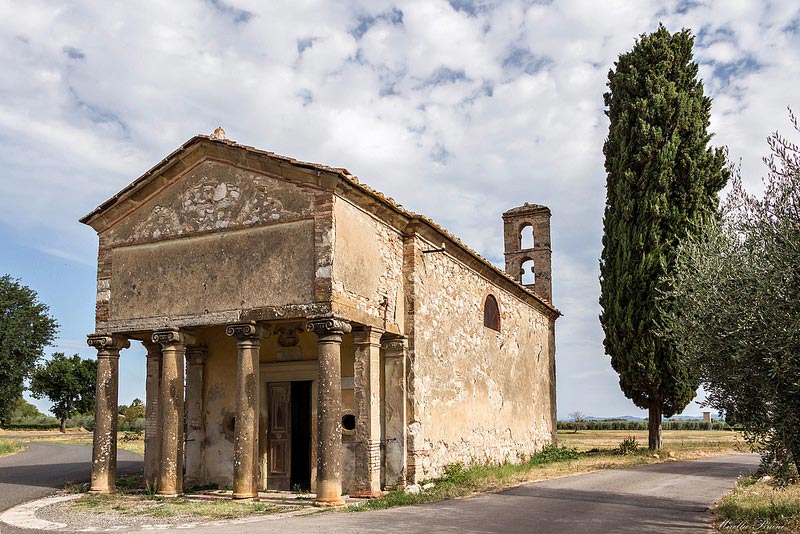 As for restaurants, we recommend a stop at Osteria Sapia at Via del Castello 14, because it offers local cuisine menus and has an outdoor terrace, ideal for dining on sunny days.

If you are staying in Siena more than a couple of days, Colle di Val d’Elsa is a step to be included in your itineraries to appreciate the jewels of Tuscany.