If you want to visit this church, you have to go two kilometers far from the historic center, reaching Capriola hill, where rises the Basilica dell’Osservanza, dating back to 1496.

We suggested to visit this church in the post Top 5 Attractions In Siena, is a valid pretext to admire the surrounding landscape, the charm of nature that offers a show of unparalleled beauty at all times of the day.

Works of art housed at the Basilica dell’Osservanza 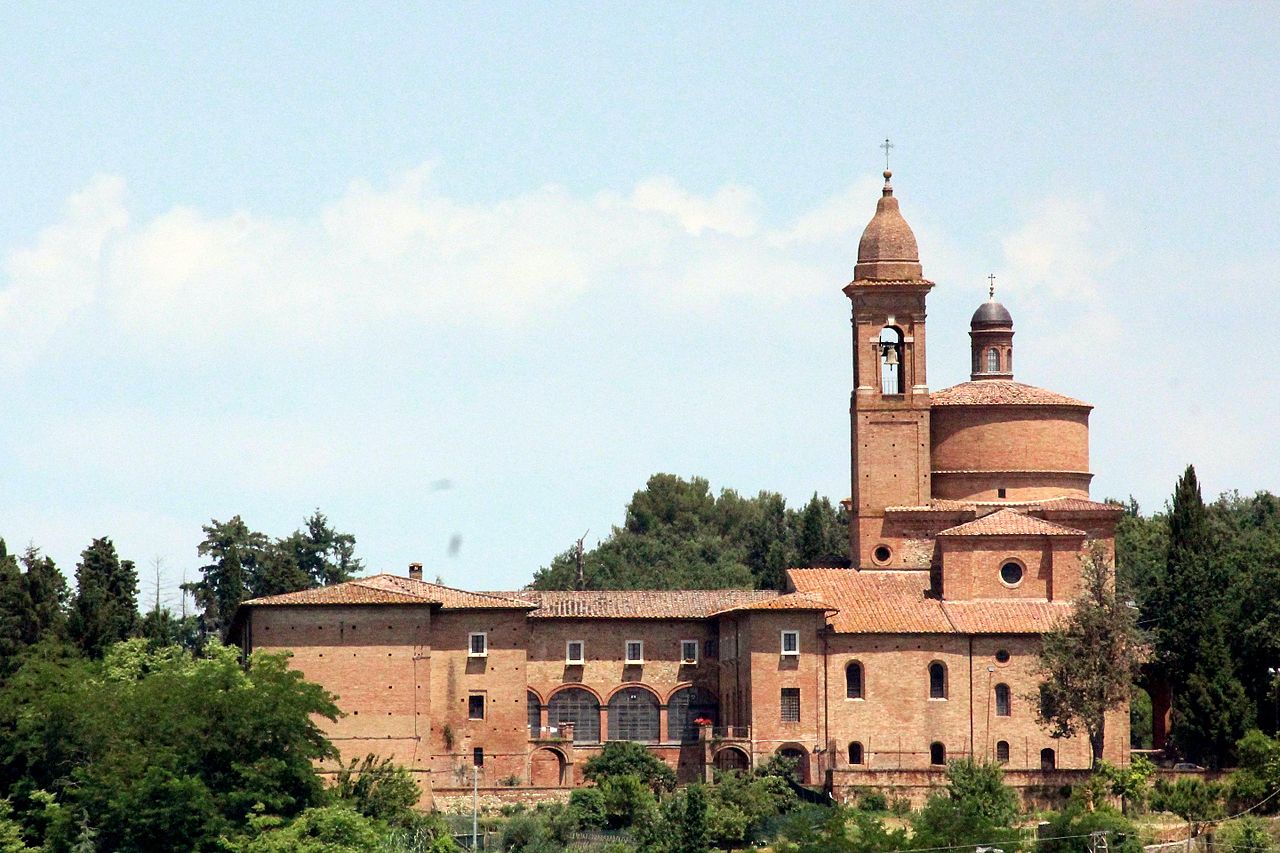 What we can see today is actually a reconstruction faithful to the original design, since the Basilica was bombed and seriously damaged in 1944. The restoration project was very ambitious and photographs of the church and the testimonies of the friars were used to achieve the goal, therefore the result is truly unique.

The church has a single nave and is built of bricks, with four chapels per wall; the external facade is very essential, with a very high dome and an enchanting portico, characterized by a pitched roof. 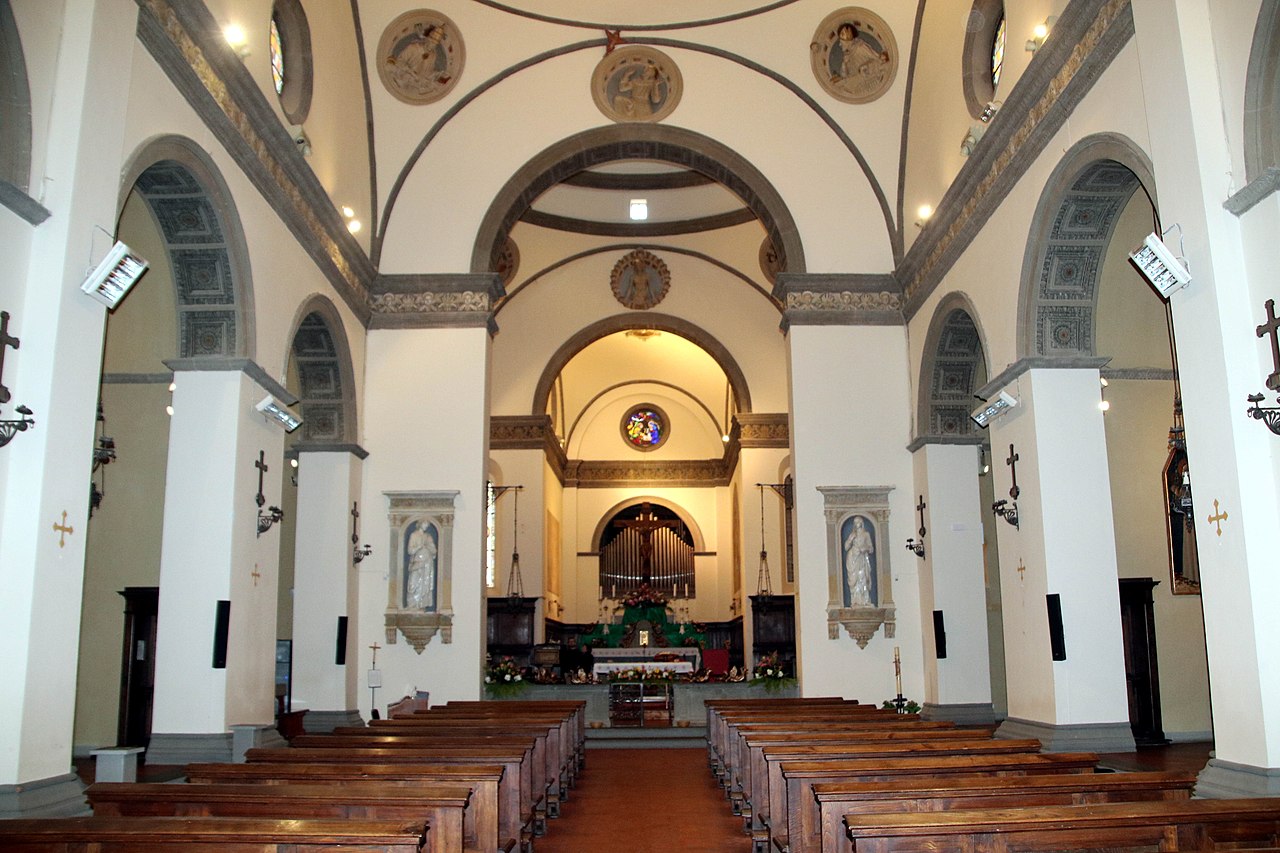 Among the works of art worth mentioning are the Triptych of Sano di Pietro of the Madonna and Child and Saints Jerome and Bernardino, a series of glazed earthenware by Andrea della Robbia, the sculptural group depicting the Pietà, by Giacomo Cozzarelli, placed on the ar of the sacristy, and the polyptych dating back to XV century by Andrea di Bartolo, depicting numerous saints including San Giovanni Battista, San Francesco d’Assisi, San Pietro and San Giovanni evangelista. 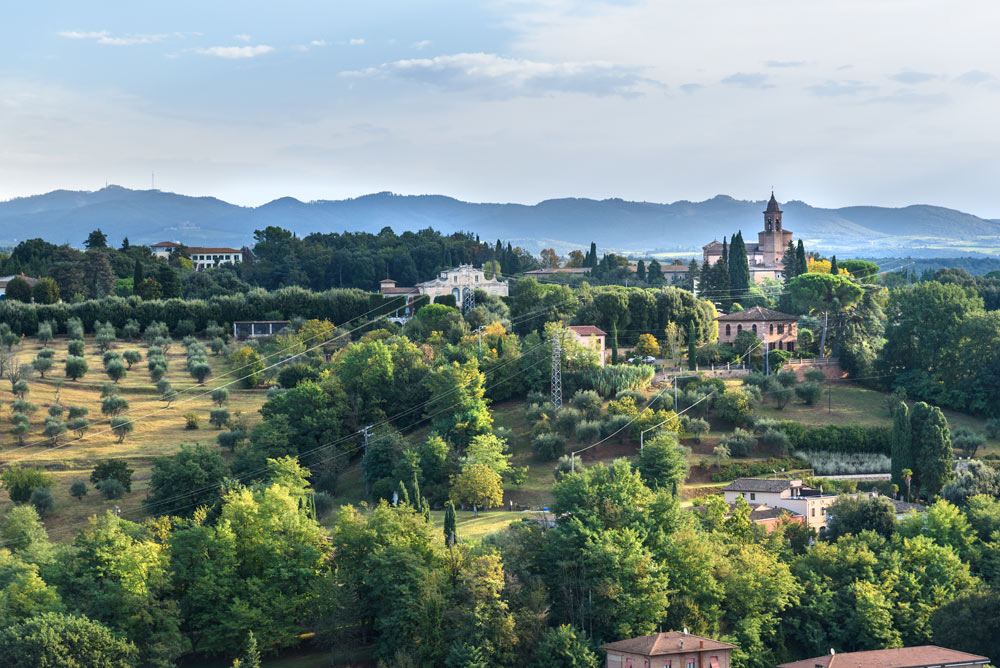 Adjacent to the Basilica is the Aurelio Castelli Museum, which preserves sacred furnishings, prints and paintings, including the reliquary of San Bernardino by the goldsmith Francesco d’Antonio. 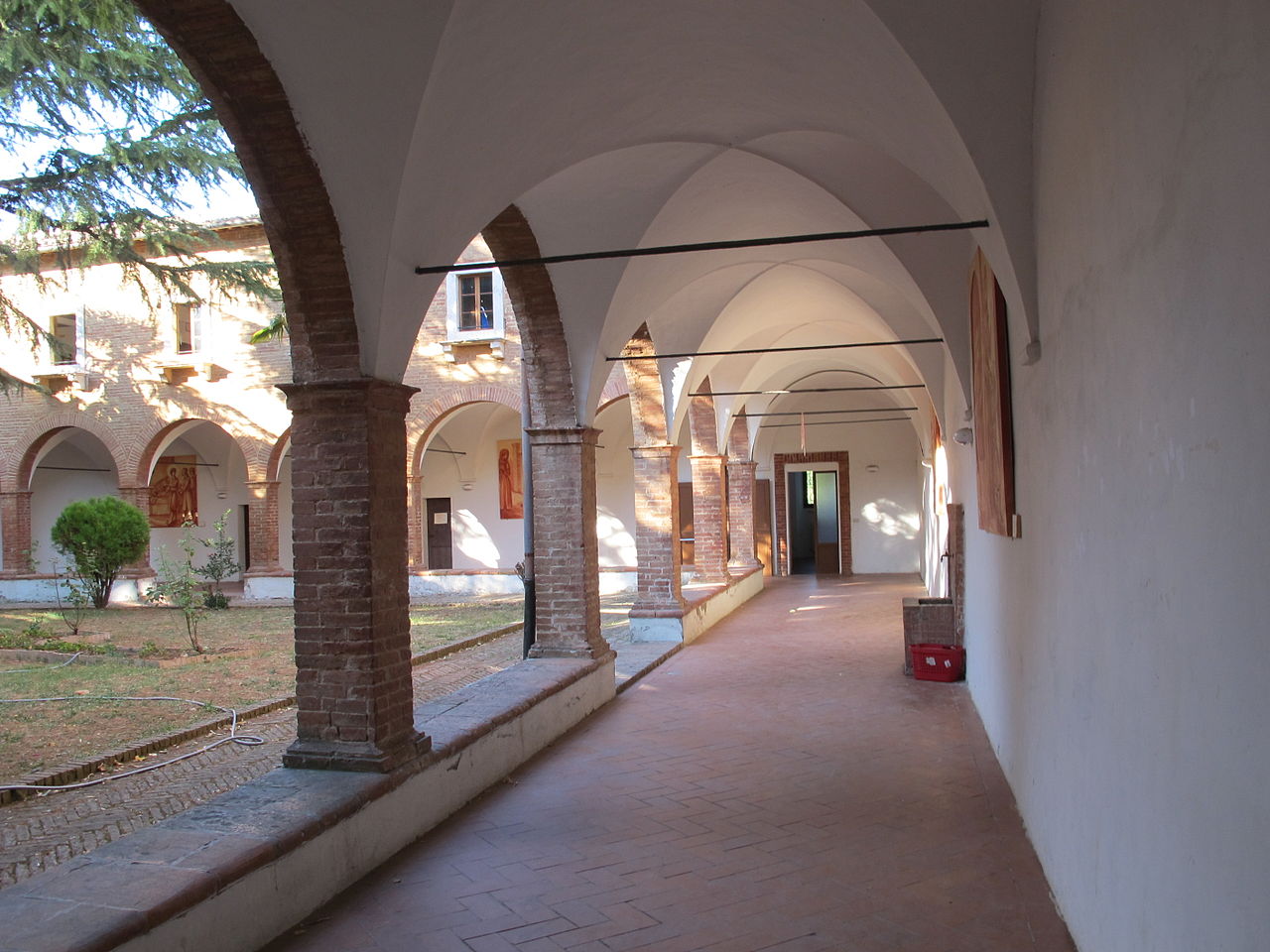 The other name of this church is Basilica of San Bernardino da Siena, because San Bernardino lived here, while the name Osservanza is linked to the Order of Friars Minor to whom it is entrusted.

The church is an example of Renaissance architecture style and this is one of the reasons why this stage should not be missing from your itinerary; all the architectural additions are a testimony to the relevance of the Basilica, whose original project was attributed to Giacomo Cozzarelli.

The cemetery crypt, accessible by going down from the east side, is characterized by a room with large and low vaults, with lunettes barrel, in bricks, ending with deep windows on the right side.

On the back wall, behind the current travertine ar, was originally the fresco by Girolamo di Benvenuto, now placed on the back wall of the Aurelio Castelli museum which is located in the convent.

Until the XVII century restoration of the convent, the San Bernardino cell was on the upper floor, then it was moved to the crypt, to remain there until 1939, when the current position was chosen.

The oratory is, therefore, a reconstruction of the place that hosted the Saint, made with some original materials and embellished with works of art and relics.

Among these works, on the back wall of the first room, there is the terracotta depicting San Bernardino in contemplation, attributed first to Urbano da Cortona, but it could be a copy of Cozzarelli’s original terracotta; on the ar of the cell, the bust of the Saint, coming from the facade of the Church and attributed to Lorenzo di Pietro, known as Vecchietta.

The opening of the basilica is from Monday to Sunday on request, we recommend visiting the official website for further information www.basilicaosservanza.it.

Previous Article
What to see in Piazza Tolomei in Siena