Palio of Siena, in a swirl of emotions waiting for 16th August

The Palio is always a trending topic in Siena: we report what happened during the competition held on 2nd July to introduce the next Palio with the highlights of that incredible day. 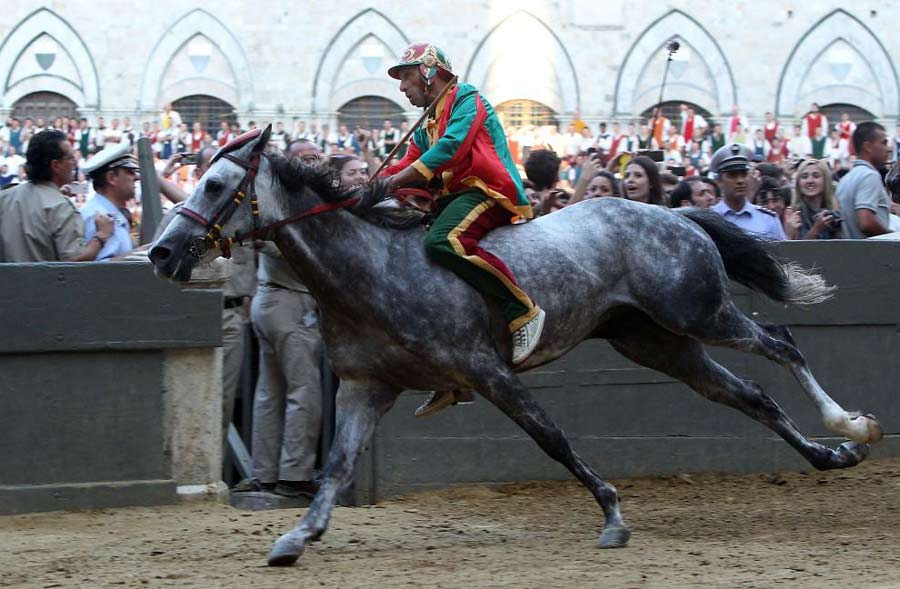 The Drappellone was conquered by Contrada of the Dragon, which got the 37th victory of its story: the jockey Alberto Ricceri, nicknamed Salasso, riding Oppio, a gray gelding seven years old, has outclassed everyone with a comeback at the end of the race, while L’Aquila was in the lead since the first curve.

In a few moments the myth of the Palio lived again and the phrase written on the Drappellone “Siena was, Siena is, Siena always will be …” explains better than any article the meaning of this event for the people of Siena, so we advise you to book well in advance if you want to see the Palio. 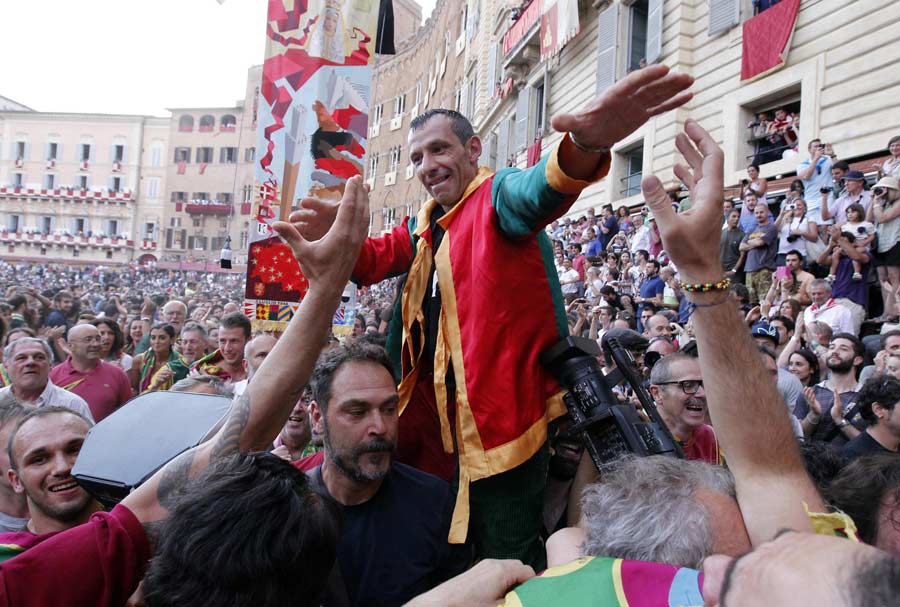 The Contrada of the Dragon celebrated the victory, reached after 13 years, at the Basilica di Provenzano where the Te Deum was dedicated to the Virgin Mary (which is dedicated the Palio in July) and all the Contrada people have joined in the celebration of a ritual that keeps alive the tradition of Siena, a town which has an unerable and eternal charm for travelers.

About the origins of Contrada del Drago, it probably was born in 1494 but the first seat was established in 1787, at the Oratory of Santa Caterina del Paradiso, now open to the public.

The memorabilia and trophies won by Dragon are housed in the Hall of Victory, originally the cellars below the Oratory, and then converted in 1950 in a museum that allows you to learn more about the history of the Contrada and its main characters, as Lorenzo Fabbri nicknamed “Pappio,” who considered the Dragon as the most important thing in his life.

From the outside isn’t easy to understand what feelings are involved by the Palio, so we try to get closer to that mood with pictures of the last Palio. Remember the date of 16th August, the day of the Palio of the Assumption, the 10 participating Contradas are: Eagle, Caterpillar, Snail, Forest, Giraffe, Panther, Valley of the Ram, Unicorn, Dragon and Little Owl.

Previous Article
Summer in Siena: Concerts and night openings of museums
Next Article
Things to do in Siena this summer