How to Visit Siena exploring the Terzi

Before visiting the historical center of Siena, it’s useful to know the peculiarities that make it different from other art cities in Tuscany: for example the subdivision in Terzi, which witnesses the great development of the city especially in medieval times.
Indeed, the 17 contrada are within the three Terzi, so in this article we recommend the main attractions of each Terzo. 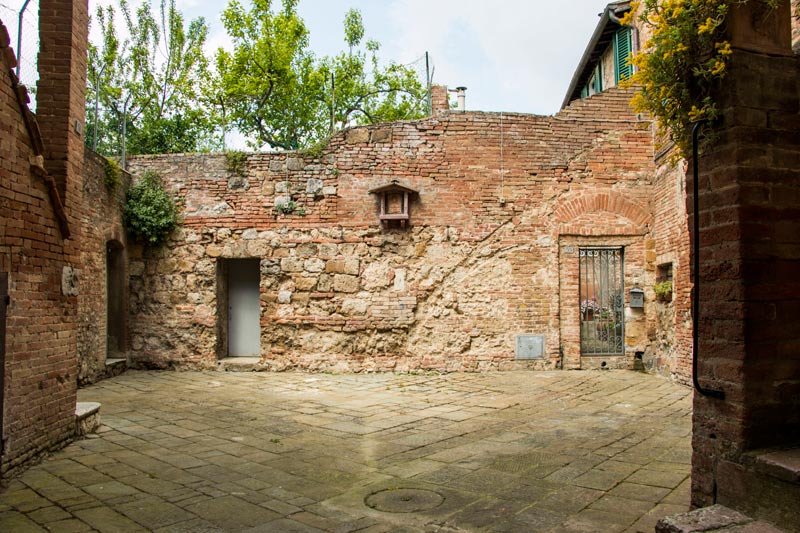 This is the oldest part of Siena, where the hill of Castelvecchio is located; according to the legend it was here that Senio and Ascanio, fleeing from Rome, founded the city.

In this district there are is the Duomo and the Monumental Complex of Santa Maria della Scala.
From Piazza del Campo head to the alley Bargello, Via di Città, Vicolo di Tone and Via dei Percennesi, going up to the Costa Larga, arriving at Piazza Postierla and Via Stalloreggi: this part of Siena was a great source of inspiration for artists such as Duccio di Buoninsegna. You can admire some masterpieces realized by this artist in the Museum of Santa Maria della Scala.
Continue towards Pian dei Mantellini, where the church of San Niccolò del Carmine dated back to the XIII century and modified several times over the centuries.
We suggest to finish the route in Via Diaccetto, since from there you can enjoy a wonderful view of the Basilica of San Domenico. 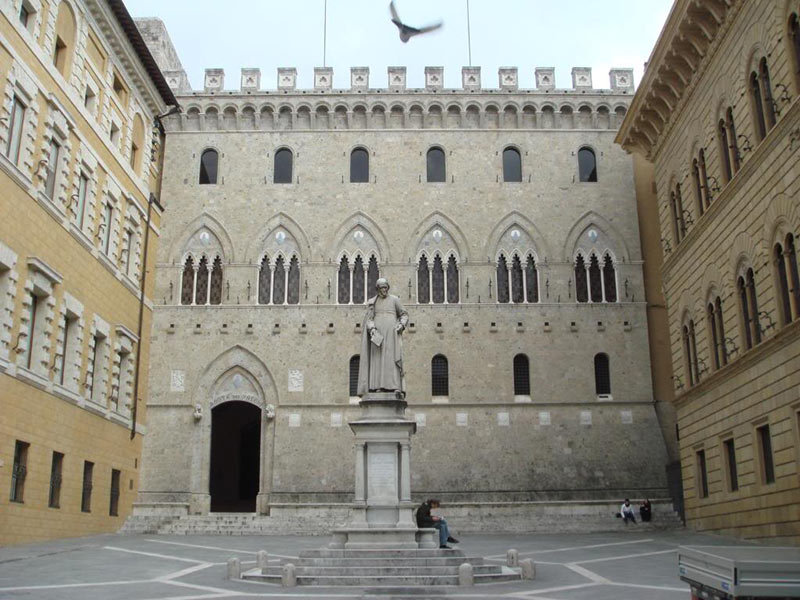 The Terzo di Camollia includes the northern part of the city, where are located Fontebranda, the Sanctuary of St. Catherine and the Medicean Fortress; the name of this Terzo derives from Porta Camollia, the main gate of Siena, and includes Via Banchi di Sopra, Via dei Montanini and Via di Camollia.

The starting point of the route is again Piazza del Campo: from here we suggest to go along Vicolo dei Borsellai and continue towards Via delle Donzelle, Vicolo del Castellare, Via Sallustio Bandini until the crossroads with Via Lucherini.
From Via Banchi di Sopra you can reach Piazza Salimbeni, where is Palazzo Salimbeni, home of the Monte dei Paschi di Siena, the oldest bank in the world.
Continue along via Montanini, here is Palazzo Sergardi Biringucci, a noble building lesser -known to tourists, which houses frescoes by Luigi Ademollo, marble mosaics and XVIII-century furnishings.
In addition, the palace is home to the Piccolo Teatro della Città di Siena, founded by Baroness Margherita Sergardi between 1940 and 1951.
Take a stroll in the La Lizza Gardens in front of the Medicean Fortress, the ideal place to finish your walk. 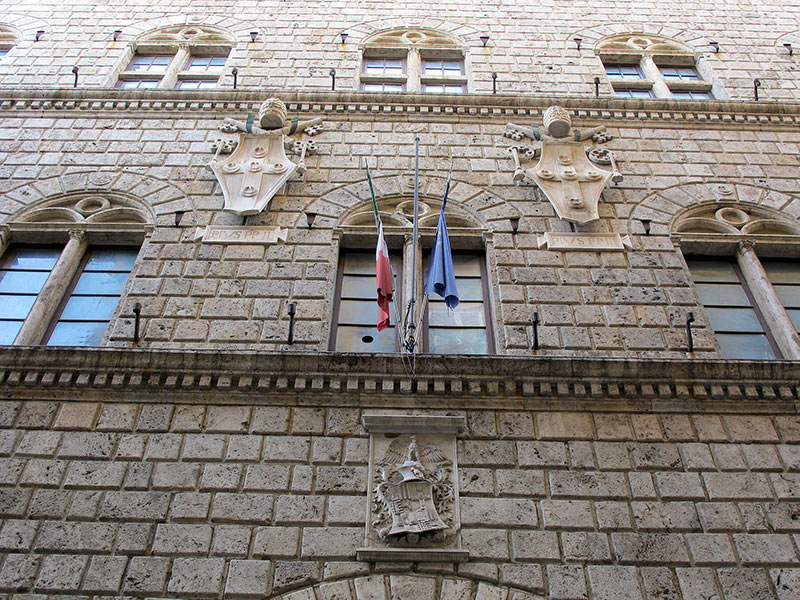 The name of this Terzo derives from the Francigena road, since a stretch of that pilgrimage path passes from the south-east of Siena and San Martino is the patron saint of travelers and pilgrims.

In this part of the city are the synagogue, the basilica of Santa Maria dei Servi, the church of San Giorgio and the castle of the Ugurgieri.
The itinerary starts from Via Salicotto, where you can admire the Rinnovati theater, continues along Vicolo delle Scotte, in the former Jewish district, and continues through Via del Porrione and Via San Martino.
After visiting the churches in this part of the city, we recommend visiting the Loggia del Papa, where is situated Palazzo Piccolomini, right next to the Church of San Martino. In the palace lived the opera singer Marietta Piccolomini, famous for having played the role of Violetta in La Traviata.

Keep following us on the blog, soon we will show you other must-sees in each district!

For further info, check our post 36 hours in Siena, top 8 things to do.

Previous Article
The upcoming exhibitions scheduled in Siena: a guide to the best events
Next Article
The Palio di Siena: origins and anecdotes about Contrada of the She-Wolf