What to see in Trequanda in a day

Desplazas
Home > News > What to see in Trequanda in a day
Postata il: 23 noviembre 2018

A medieval town perched on the suggestive hills of Val di Chiana. An oasis of peace, full of history and almost fairy atmosphere. Trequanda, a small town in province of Siena, has recently been awarded the prestigious Orange Flag of the Touring Club.

But this is not the only award won by Trequanda: in 2018 it was also included in the national register of historical rural landscapes. Features that make it an absolutely unique place to discover in all its beauty, even if only for a day. 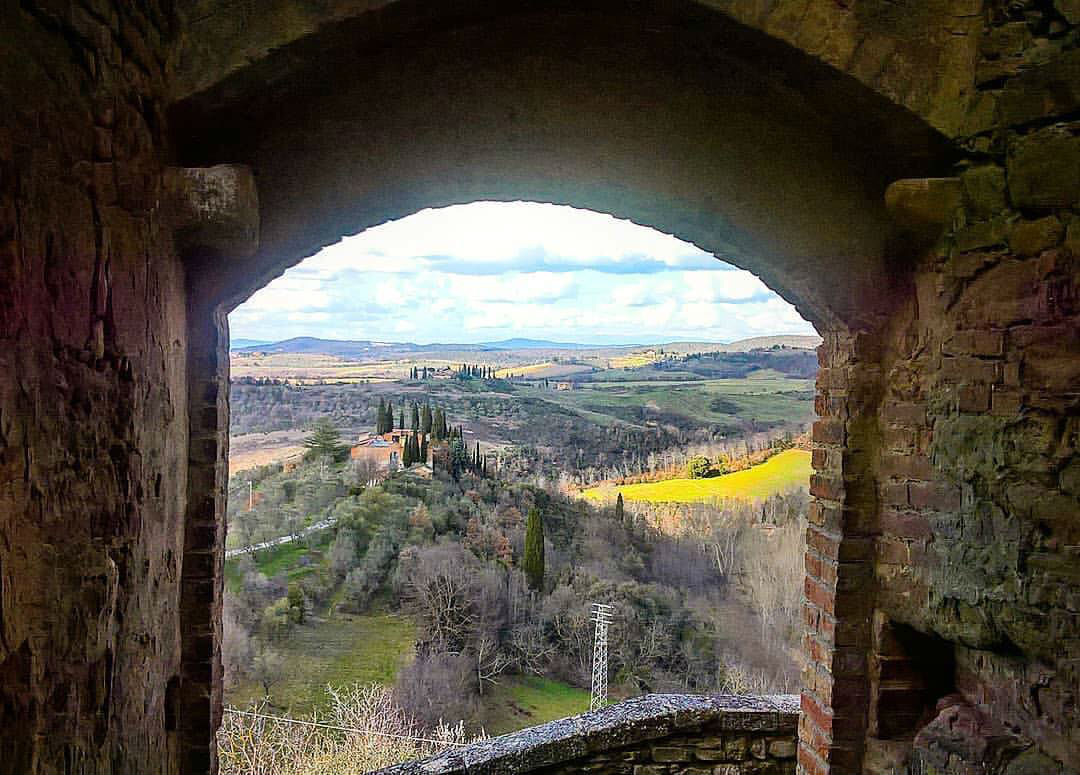 The hamlet is surrounded by an almost intact ramparts. You can access the historic center through two doors that have been preserved over the years: Porta al Sole, which overlooks the Sienese countryside, and Porta al Leccio, which instead overlooks the woods. Piazza Garibaldi is the heart of city life: here you can visit the church of Saints Peter and Andrew, designed in Romanesque style and with a particular façade. The interior holds various works of a certain artistic value, including an urn in which rest the remains of the Blessed Bonizzella Cacciaconti, lived between 1230 and 1300.

A figure linked to the history of Trequanda and its community, and to whom are attributed some extraordinary events and prodigies, both in life and after her death. It is still celebrated today, every year in the month of May.

From the square you can easily reach the Fortress of Trequanda: a fortress also called Castello Cacciaconti, which maintains its grandeur unchanged. Shortly outside the historical center, walking among holm oaks and cypress trees, you will arrive at the Torre del Molino a Vento, an octagonal dovecote dating back to the late XVIII century. A very particular building, consisting of three floors connected by a spiral staircase. On the walls you can see more than five hundred terracotta nests, made just to accommodate the pigeons.

The surroundings of the hamlet 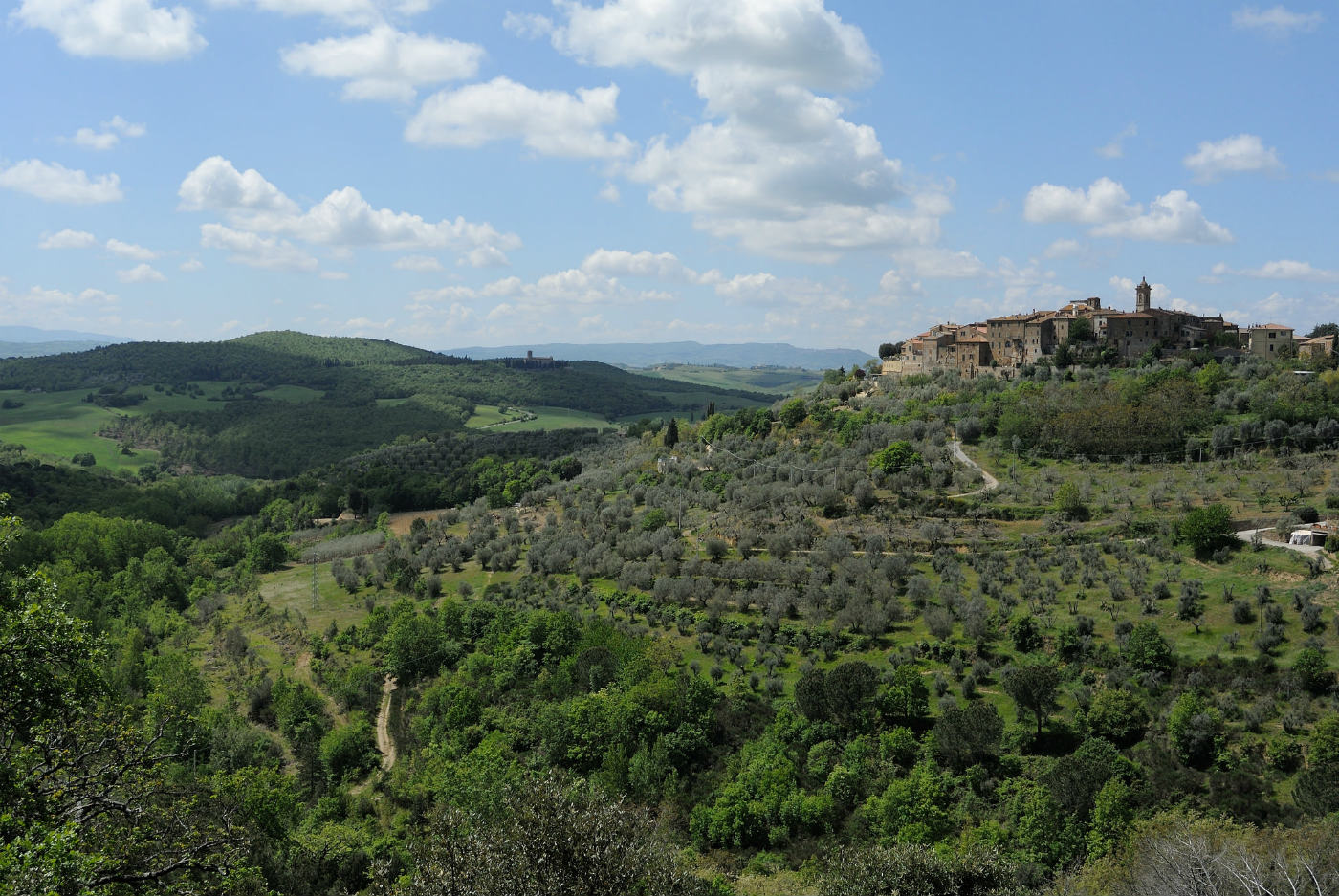 Trequanda is surrounded by fields planted with olive trees: its territory is in fact part of the Associazione Nazionale Città dell’Olio. The olive oil is a local excellence you should taste along with traditional Tuscan cuisine, which retains its genuine flavors and aromas.

Two fractions are part of the municipality, Petroio and Castelmuzio, which are definitely worth a visit.

Petroio is a small charming hamlet, home to the ancient Romanesque church of San Giorgio and the Museo della Terracotta, which shows the past and traditions of this area. 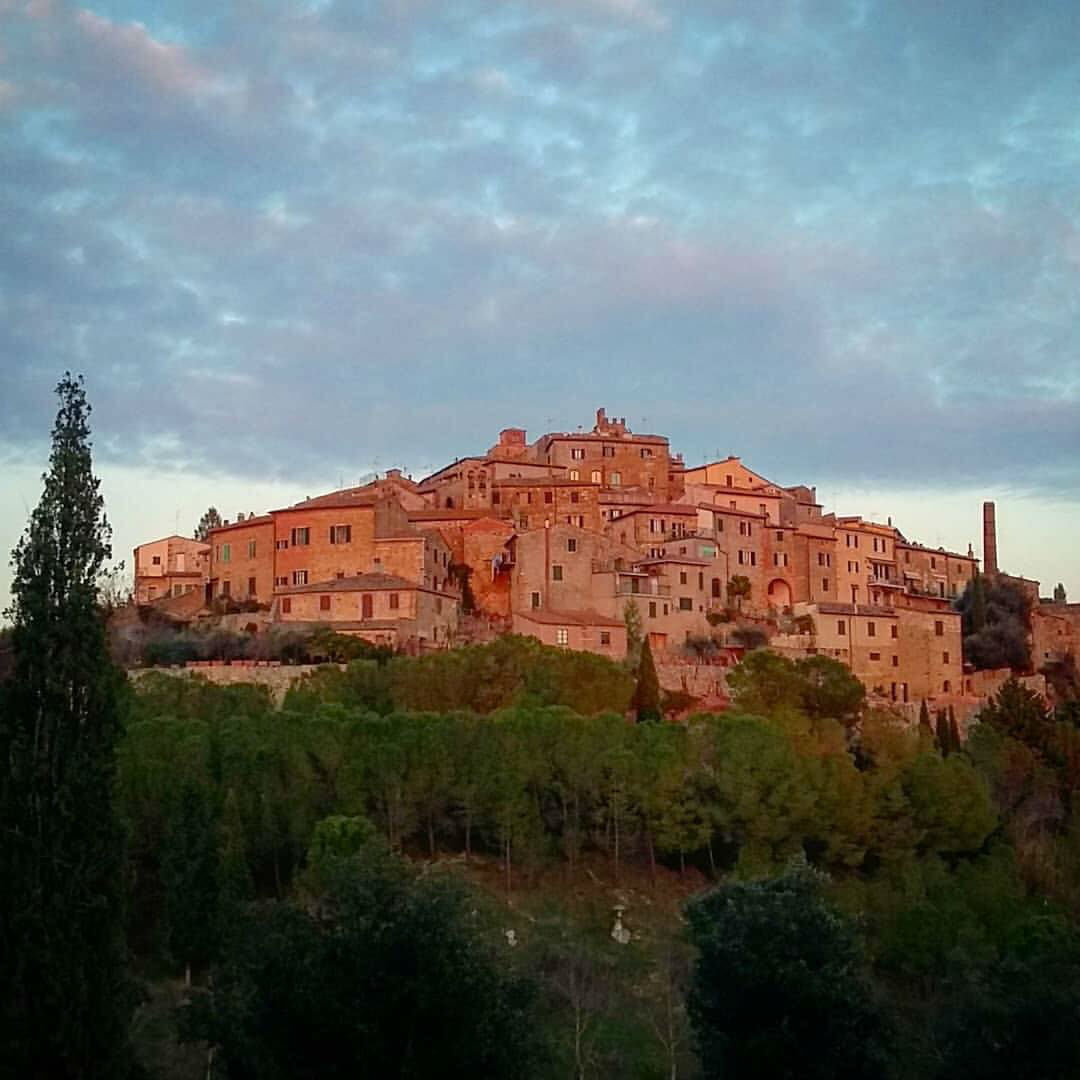 While Castelmuzio, of Roman-Etruscan origin, is a medieval hamlet located on a tuff hill.

It houses the Confraternity of the Holy Trinity and of San Bernardino, a church that today houses the Museum of Sacred Art, and furthermore, this church once welcomed pilgrims walking along the Via Francigena.

Not far from Castelmuzio is the Pieve di Santo Stefano in Cennano: a Romanesque church built on an ancient Christian temple. Another example of the magnificent history of these places.