The frigid temperatures and the recent snowfall that has whitened Siena few days ago gave us an opportunity to talk about local food speciies to eat to winter: the Senese tradition is full of ernatives for foodies who want to discover new treats, in addition to classic menus offered by restaurants and taverns.

We refer especially to the « poor cuisine », the farmer tradition, which consists of dishes cooked with very few ingredients which are nutritious and tasty, to address the lack of resources during the Middle Age.
The pride of Senese people is to be able to pass on recipes for centuries (it is said that the Etruscans were very attentive to the cuisine) affecting the rest of Tuscany, which as you know is a benchmark for high quality gastronomy in Italy. 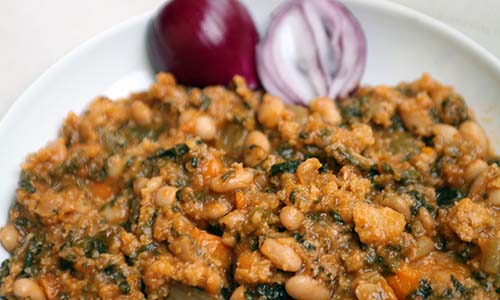 To find relief from the cold there is nothing better than a soup: Ribollita is the most popular in Tuscany and it is a dish that derives from Senese bean soup, whose basic ingredients are cannellini beans, black cabbage (recommended after the winter frosts) and other vegetables that flavor to the soup.

The difference between the usual soup and the Ribollita soup is that the latter, who once was ate even days away from preparation, has had more success thanks to the historic recipe by Pellegrino Artusi who disclosed this speciy even outside of Tuscany.
The flavor of this soup, a symbol of Tuscan poor cuisine, is the peculiarity of an essential dish in a winter menu. You can eat it in a restaurant or cook by yourself following one of the cooking classes available in Siena. 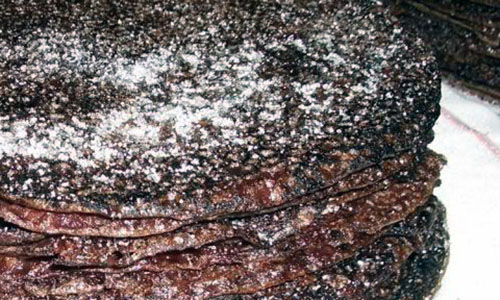 About desserts, there is a great variety of recipes related to farmer cuisine, for example Senese migliaccio, a really original dish.
It is prepared with the pig’s blood, the remains of black panforte and cavallucci biscuits: the reason is that once there was the need to use the leftovers of the sweets that become dry after a few days, preparing a mixture with eggs and candy.

The migliaccio is undoubtedly less common today, however, is a speciy of Siena province that we suggest to the most curious tourists: the sweet flavor of this dish will amaze you. 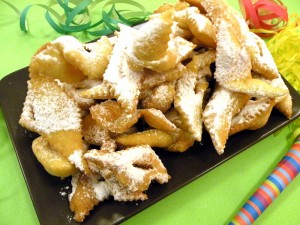 Since we are in the period of Carnival is a must to taste the sweets as cenci fritti, rectangles of sweet puff pastry fried and covered with powdered sugar.
This typical Carnival sweet is similar to other speciies spread throughout Italy and represents a link with the masks because the shape of cenci reminds to a piece of cloth, as the fabric used for Carnival dresses. 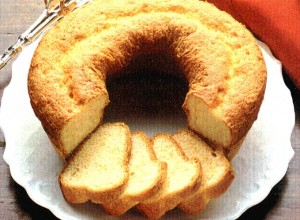 The last dessert we suggest is known since the XV century and is called berlingozzo.
The name of this delicacy comes from berlingaccio, word used for Shrove Tuesday and a mask of Senese Carnival.
In other words the berlingozzo is similar to the donut; the difference is in the seeds of anise that must be added to the other ingredients (eggs, sugar, flour, butter, yeast).

We hope to have you intrigued with these traditional Senese dishes, let yourself be guided by appetite and make your gastronomical tour in the town of the Palio.