What is the combination between a long walk in a picturesque medieval hamlet and a lunch based on local speciies, prepared according to ancient recipes?

These are both experiences that have in common authenticity, for this reason Siena offers, until June 24th, a series of guided tours inspired by the delights of Sienese cuisine.

The project, called „A spasso tra le ricette senesi“ (Walking through Siena recipes), is realized by the Municipality and the Tourism Department in collaboration with SiNutriWells.

Which stops include these routes? We anticipate what will happen every Saturday at 6:00 pm, starting from Piazza del Campo. 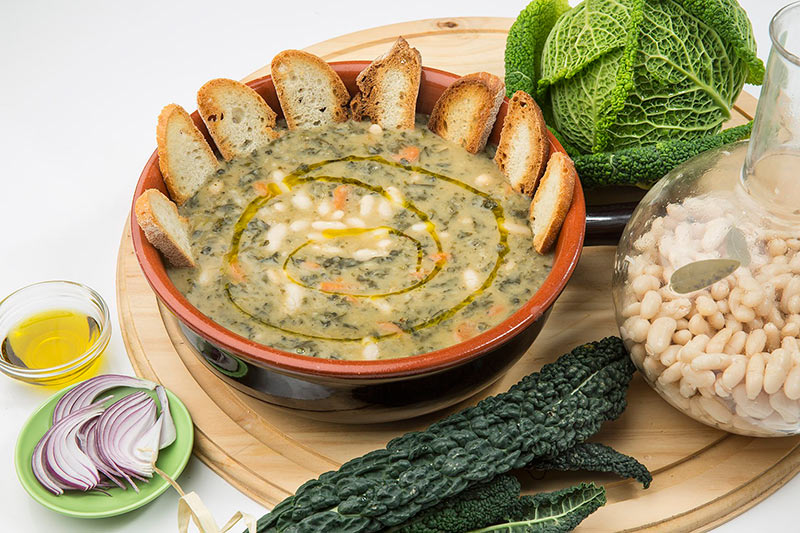 The guided tour scheduled on 10th June is dedicated to urban gardens, a key element in the life of Siena for many centuries: in the gardens were grown the products with which Sienese people cook a large part of the Tuscan recipes, the so-called „peasant cuisine “ which has been rediscovered in the last years.

The 10th June itinerary is inspired by the „Malfatti“, a kind of pasta similar to dumplings, hand made with spinach, ricotta cheese and tomato sauce. The tour starts from the Porta di Camollia, which you can read the most famous sentence related to this city, „Cor magis tibi Sena pandit“ which could mean both „Siena opens you a very big heart“ and „Siena opens you a bigger heart“, referring to the dimensions of the city gate.
Among the must-see attractions of this route, we point out the Basilica of San Francesco, where the Sacred Particles are kept and the last stage of the itinerary, the Botanical Garden, opened since 1856, an incredibly suggestive setting since it houses plants of all the world just behind the city walls.

Siena seen from above 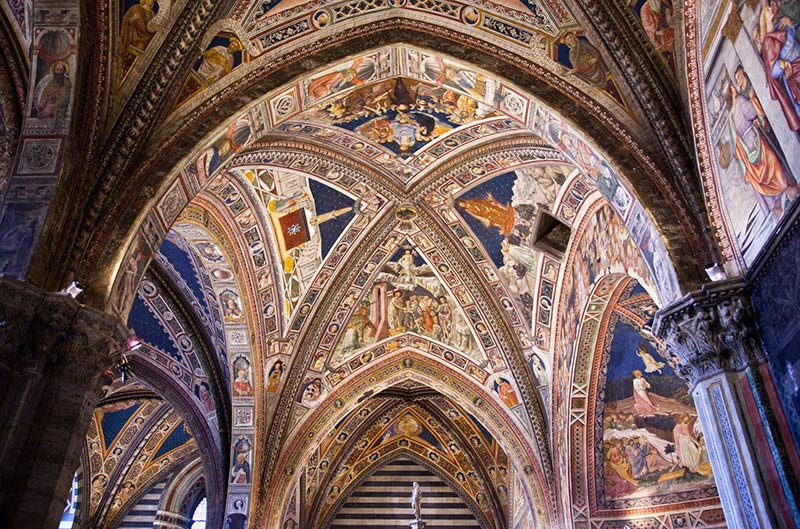 The June 17th event will focus on the stories of saints, lovers and witches with an itinerary that starts from Piazza del Campo and allows to admire Siena from above, climbing to the top of the Torre del Mangia.
Torre del Mangia is 102 meters high and you have to climb 400 steps to get to the top and admire Siena in all its magnificence.

From the Tower you can reach the Duomo, passing through the stairs of the Baptistery, entering the Museum of the Opera Senese and climb the Facciatone, the unfinished facade of the new Duomo, another amazing vantage point that we described in the post The most beautiful panoramic view in Siena. 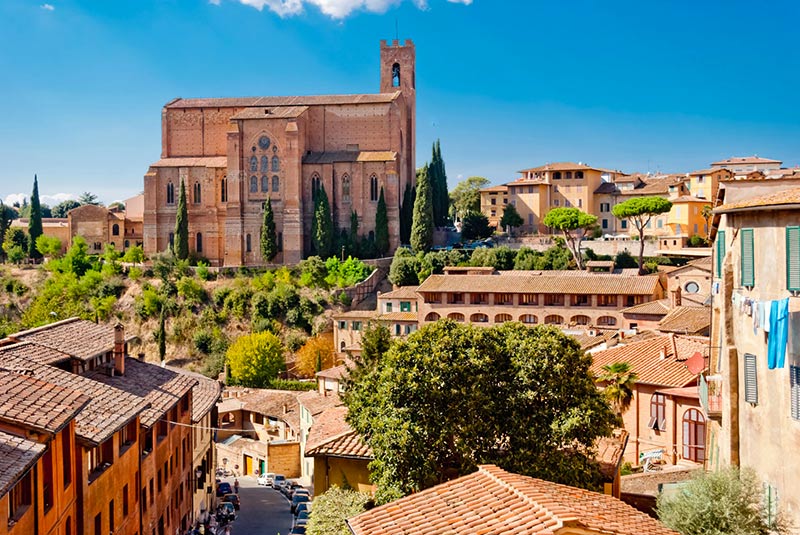 The last stage, before returning to Piazza del Campo, is Via di Fontebranda, the most well-known water source in Siena, even mentioned in the Divine Comedy.
The speciality associated with this route is the Sienese scallops. This dish is prepared with slices of veal, 2 spoons of tarragon, flour, extra virgin olive oil and s. This is an easy and tasty recipe, which in Siena is cooked usually with chianine meat; the addition of the tarragon at the end of the cooking gives a peppery flavor to the dish, a delicacy that we recommend to taste in one of the restaurants in the historic center.

Each Contrada has its fountain 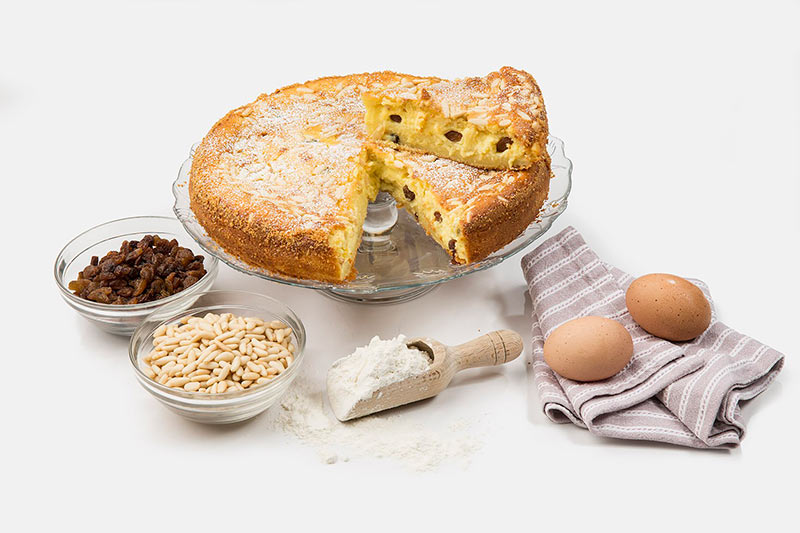 On Saturday 24th June there will be the last guided tour, inspired by ricciarelli, one of the typical Sienese desserts, and devoted entirely to the 17 „Fountains of the Contrada“: these are essential places in the life of a Sienese, because it is precisely here that every Priore baptizes, with the pagan ritual, the children, delivering to each little one a handkerchief with the heraldry of the Contrada to which, from that moment on, will be bound for life.

Follow the tours of „A spasso tra le ricette senesi“, it will be more pleasant to taste the traditional dishes while keeping in shape with long walks.
This is one of the distinctive traits of Siena: the opportunity to choose active holidays without giving up the pleasures of high quality food.