Art jewels in Siena that definitely worth a visit: Oratories of San Bernardino

In an art city like Siena you can discover treasures everywhere, so we often suggest not only museums and monuments, but also churches, noble palaces and historic squares: every place reveals an important fragment of the city’s history and we love think that every holiday in Siena can be completely different from the previous one.

After speaking of the most beautiful Renaissance churches of Siena, we decided to recommend a visit to the Oratories of San Bernardino, considered a real gem by art historians. 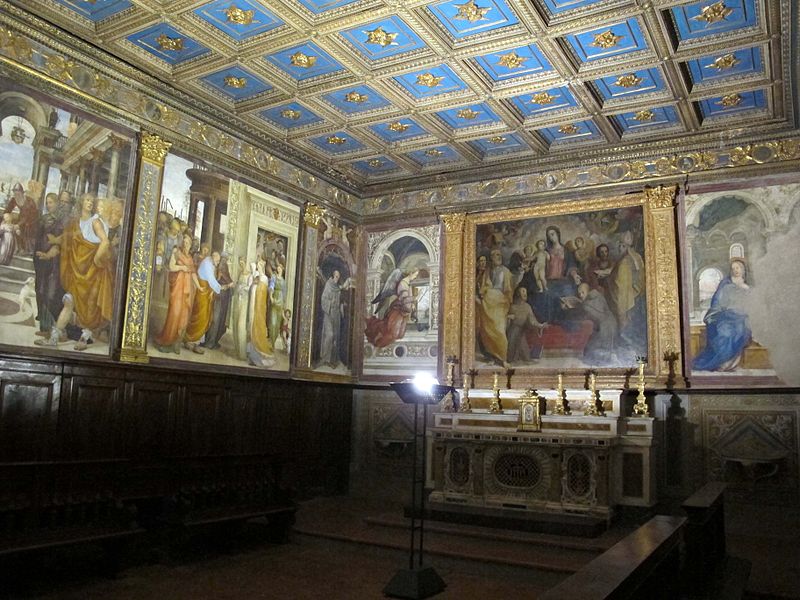 The Diocesan Museum of Sacred Art was opened originally in 1980 in another venue and reorganized later in the Oratory adjacent rooms. The construction of the new diocesan museum has allowed the exploitation of a large complex historical and artistic value and preservation of a valuable collection of works of art, which is a reference point for the local sacred art history.

The Oratory, located in Piazza San Francesco, it is recognized from the outside as on the facade there is the monogram of San Bernardino: the sun rayed.
Among the works of art that you can see inside, we mention the cycle of frescoes with Stories of the Virgin by Sodoma, Girolamo del Pacchia and Beccafumi, made between 1518 and 1532, the paintings by Ambrogio Lorenzetti and Pietro Lorenzetti (in particular the Madonna del Latte, a real wonderful gem of this collection), the anonymous XIII century painters as the Master of Tressa, the XIV century Sienese artists such as Segna di Bonaventura, Bartolomeo Bulgarini, Lippo Vanni, Taddeo di Bartolo; the works of artists from the XV century as the Master of the Osservanza, Sano di Pietro, Giovanni di Paolo, Vecchietta, Domenico di Niccolò dei Cori, Benvenuto di Giovanni and Matteo di Giovanni. 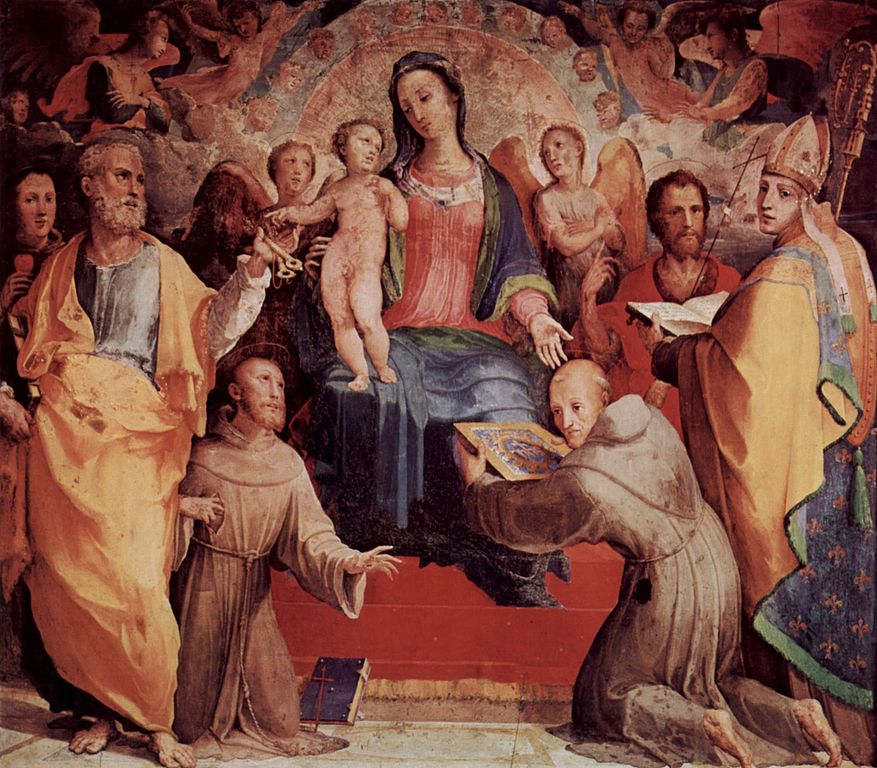 These priceless masterpieces come primarily from the churches of the diocese of Siena and during the visit we are amazed, because this museum is lesser known compared with other churches and museums in Siena.
A special place such as the Oratory of San Bernardino confirms that the attractions less often mentioned are those that reveal the most authentic aspects of a city; furthermore, art lovers will notice in some frescoes the stylistic affinities between Beccafumi and the frescoes by Michelangelo and Raphael, especially the ceiling of the Sistine Chapel and the Vatican Rooms, a similarity that highlights the link between the many masterpieces that make unique the Belpaese.

For information about the Oratory openings and other churches in the surroundings, check the website www.operaduomo.siena.it/eng/oratorio.htm.