Saint Catherine of Siena, a route in 3 stages

When in Siena, it’s appropriate to follow an itinerary focused on St. Catherine of Siena, because a stay here is a good excuse to visit the places related to the life of this woman, patron saint of Italy and co-patron of Europe, the protagonist of an important phase in the history of Christianity.
She lived only 33 years, yet in Siena there are many places closely related to his figure, so you can use information panels with touch screens in every stage of the route dedicated to Catherine.

Here are the 3 main sites to see to better know the history of St. Catherine of Siena. 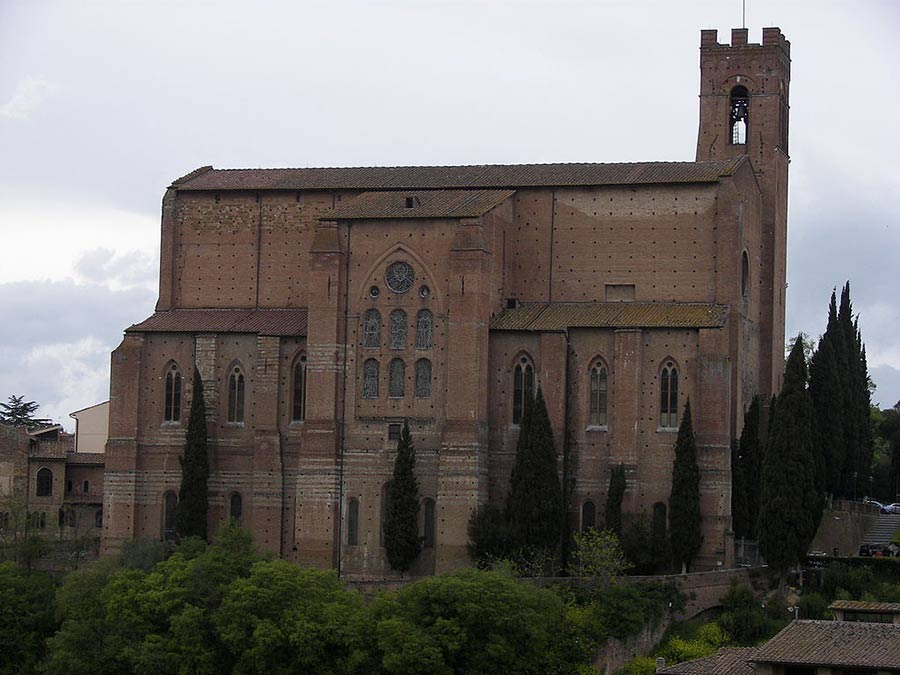 Credits photo: By Wknight94 (Own work), via Wikimedia Commons

In this basilica Catherine experienced the most important moments of her mystical experience, what has led it to have a great deal of attention and understanding for the needs of the poor.

The church is located on the hill Camporegio and holds incredible works of art as the Majesty by Guido da Siena, the fresco by Andrea Vanni representing Saint Catherine, the Sodoma frescoes in the Chapel of St. Catherine, and above all the reliquary with the head of the Saint, brought here a year after his death, happened in 1380.

The remains of Santa Caterina, in fact, are in Rome at the cemetery of Santa Maria sopra Minerva.

The Basilica is also one of the most unique examples of Gothic art. 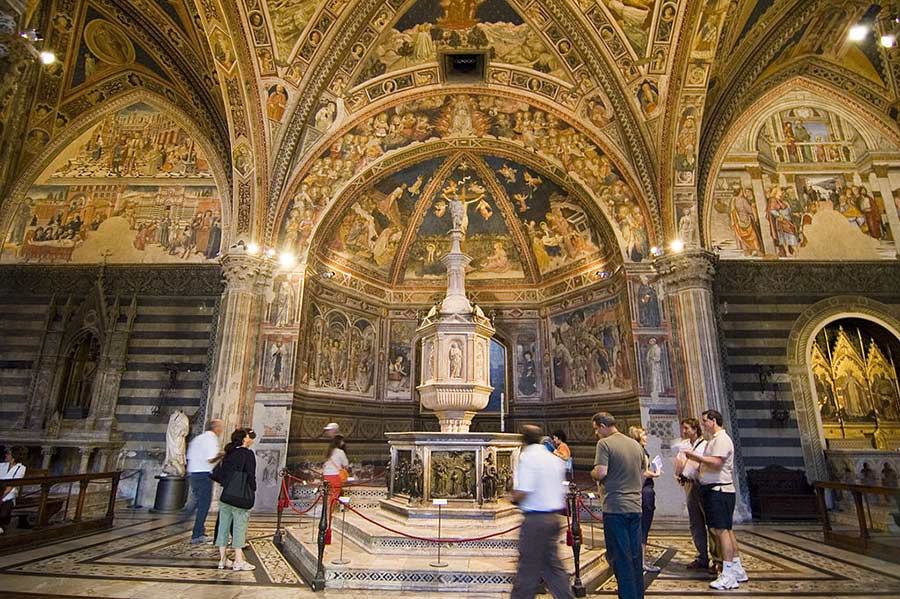 To reach the Baptistry you have to climb the scalinata di San Giovanni (steps of St John); this is where you will find a small cross on a step, to mark the point where the Saint fell because of the devil’s temptation. The Baptistry is one of the most important places in the city also under the artistic side, because of the great importance of the frescoes on the vaults, among the most beautiful of the Quattrocento Senese. The most valuable work, however, is the baptismal font, made by various artists including Donatello and Jacopo della Quercia in the XV century. 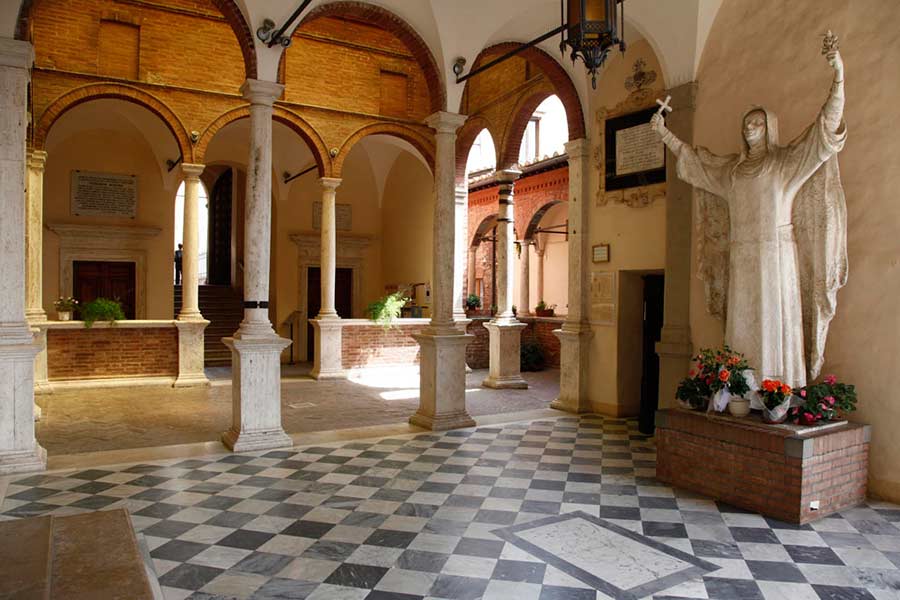 If you are wondering why the decisive stage of this route is the house where the Saint lived, it must be recalled that, according to the Dominican Order, who wanted to practice an intense Christian life could do it without entering a convent.

This leads to a different relationship with secularism: thanks to Catherine many people followed her example, and have understood the universality of the Christian message.

We are also convinced that the different rooms of the sanctuary-house are incredibly evocative: the Portico dei Comuni introduces to an atrium loggia, while on the right side of a second hall you can admire the Chiesa del Crocifisso and the Cappella delle Confessioni.
On the opposite side there is the Oratorio della Cucina and downstairs the Oratorio della Camera.
Visiting these spaces you will learn which the most important stages of Catherine’s life are and why her figure continues to be important not only for the people of Siena, but for all of us.

You can find all the info to plan your route here: www.viaesiena.it. 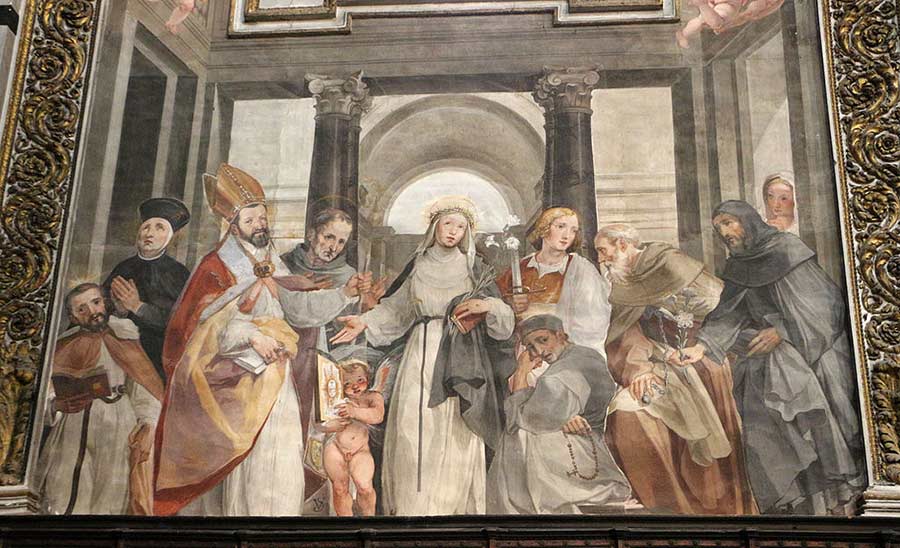 By Sailko (Own work), via Wikimedia Commons