The most known event of Siena in the world, the Palio, took place on 2nd July, and we take advantage of that to tell you the most important facts happened during the horse race.

We invite you to deepen the history of this race (which isn’t only a horse race, but the celebration of the identity of “contradaioli”) and to approach the Sienese traditions, still very strong after centuries, since the first Palio dates back to 1633.

Whether you have personally attended the Palio on 2nd July 2018, or missed out on this event, you will find out more about it for your next trips to Siena, to plan on time and buy tickets for the next one Palio.

Who won the Palio of the Madonna di Provenzano 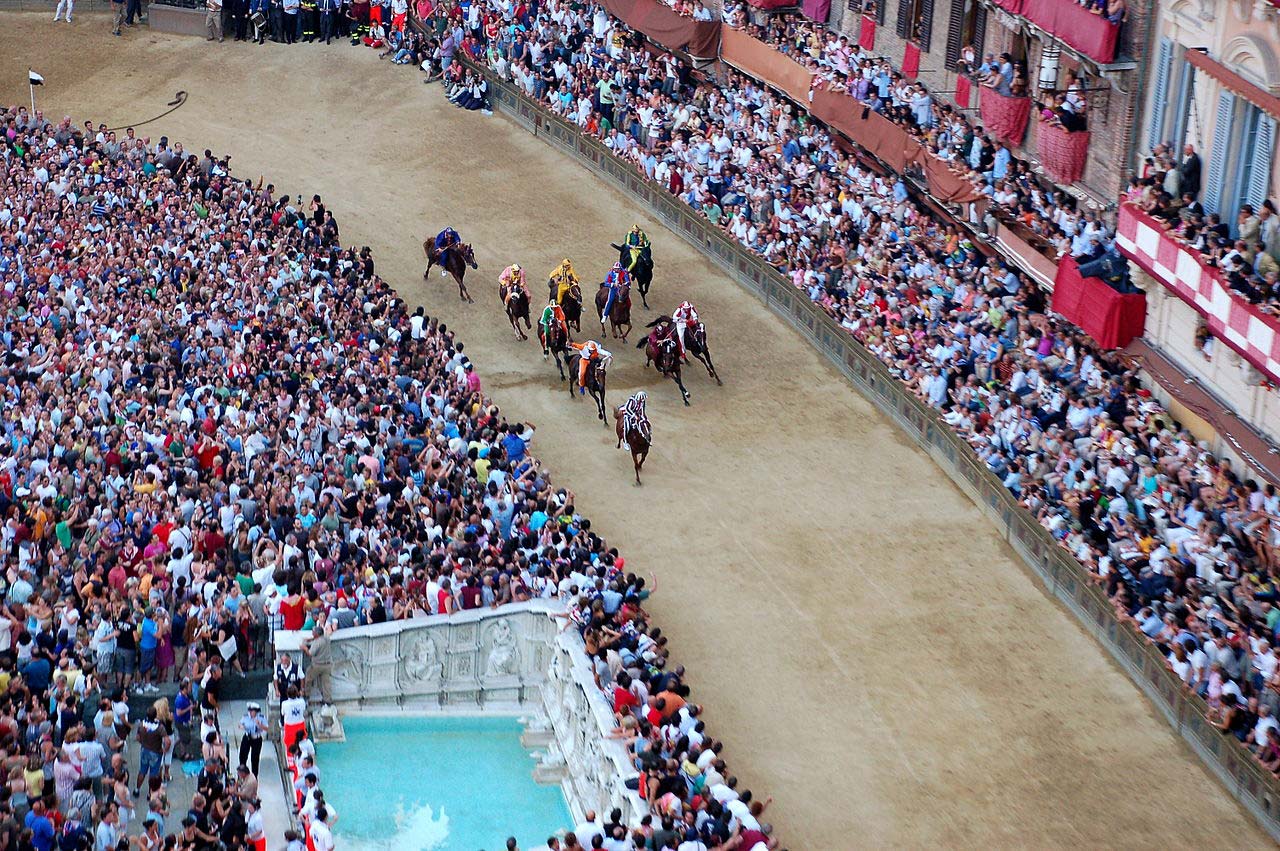 The Contrada del Drago (we talked about it in the post Siena and the Palio: the origins of Contrada del Drago) won his 38th Palio after exactly 4 years, winning the Drappellone made by the Sienese artist Emilio Giannelli (who, perhaps for the sake of destiny, is a member of Contrada di Drago).

On this occasion the “mossa” (move), the initial phase of the race, was interminable. The mossa is, in other words, the moment precedes the departure during which almost everything can happen (therefore it can also last a long time), since the Palio is also a game of strategies between the Contrada, for this reason those who have never seen the Palio is surprised by what happens before and during the race.

The order of calling of the Contrada was as follows: Oca, Tartuca, Lupa, Nicchio, Istrice, Giraffa, Leocorno, Drago, Valdimontone and Chiocciola. This time the Contrada that are rivals were 3 couples, in particular Tartuca and Chiocciola, whose lively rivalry was born in the XVII century.

The race was in danger of being postponed the day after, because the Tartuca has hindered the entry of the rival: one of the goals of the Contrada, in fact, is to disadvantage the rival, as well as trying to win. Only at 8:37 pm the race started, with the Dragon in the lead from the beginning.

The Rocco Nice horse, ridden by Andrea Mari known as Brio, won the Drappellone, so now is called a “bombolone”, a word that, in the paliest jargon, means a very fast horse.

For further information and updates on the Palio, visit the official website www.ilpalio.org. 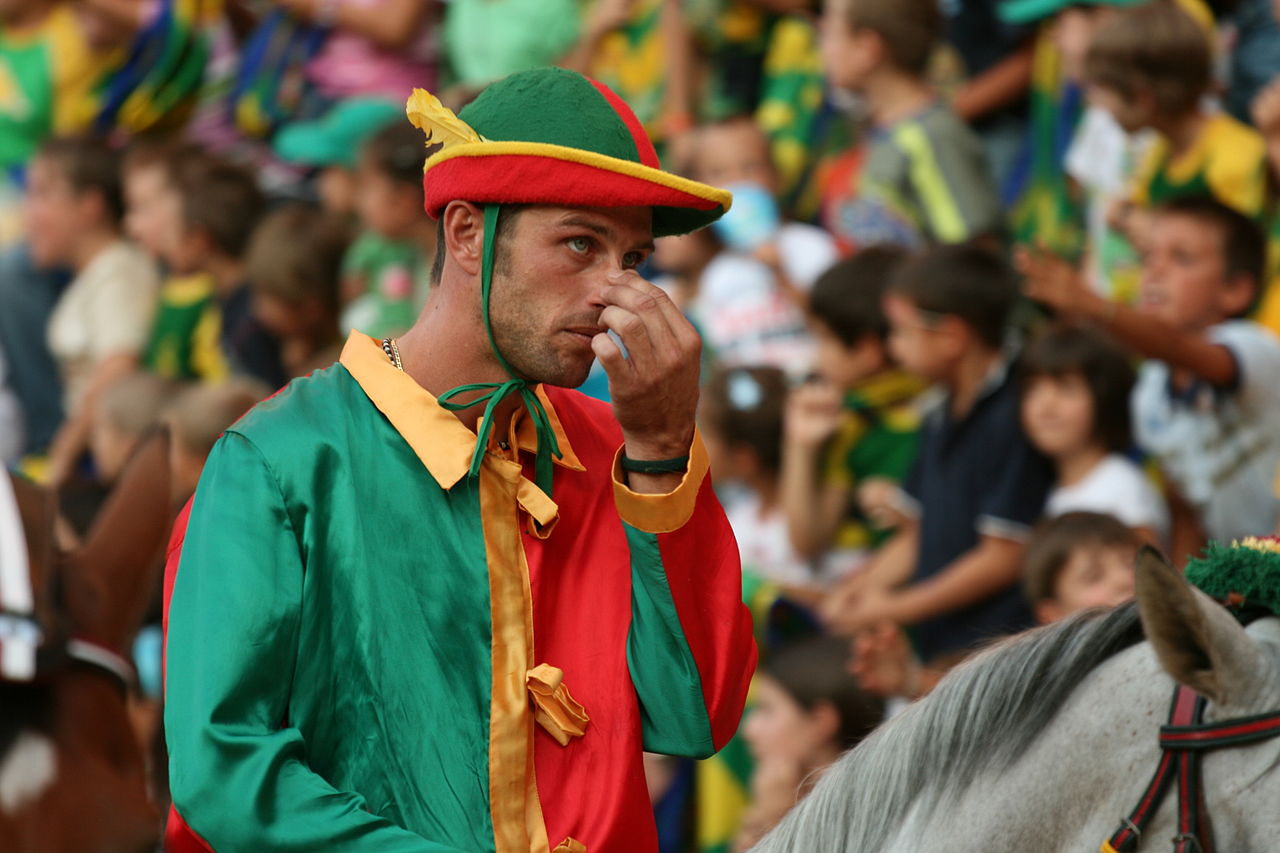