You will come in Siena in November or December and you are wondering how to spend the evenings after visiting the most famous sights and enjoying the most delicious dishes of the local tradition?
There are many events to attend, and we point out in particular the 5th edition of Seven Notes in Seven Nights, a series of events that takes place on Thursdays in the amazing setting of the Civic Museum (inside the Public Palace, at Piazza del Campo ) and at Santa Maria della Scala.

The name of the event explains its meaning: extraordinary night openings of the Civic Museum with guided tours, dedicated to some works of art displayed there, followed by tasting of DOCG wines and Sienese sweet, and live performances of students and teachers of the Istituto Superiore di Studi Musicali ‘Rinaldo Franci’ and Siena Jazz. 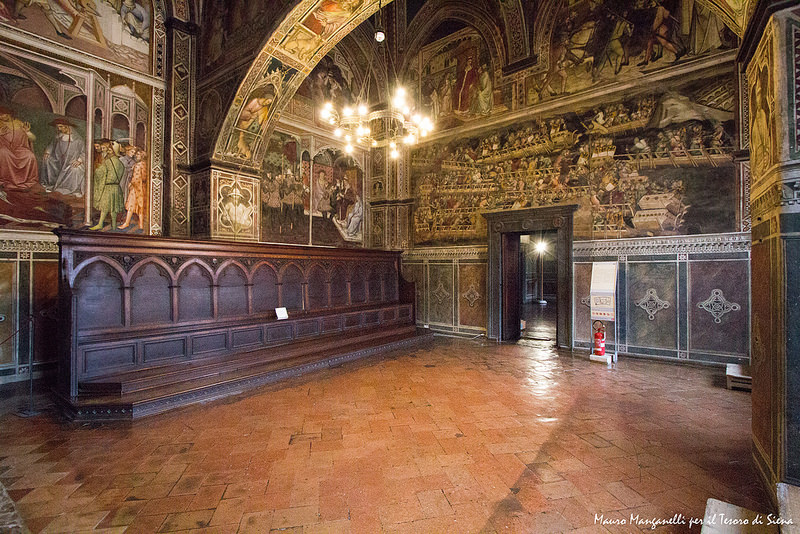 These are the next events, scheduled every Thursday at 9:15 pm until December 14th.

On Thursday 16th will be discussed the fresco Guidoriccio da Fogliano, a work by Simone Martini exhibited in the Sala del Mappamondo, dedicated to the leader who conquered some castles increasing the territory of the Republic of Siena.

The guided tasting of Chianti Classico DOCG, at the end of the visit, will be a nice experience in the charming venue of Civic Museum.
The concert of Siena Jazz students, »From Thelonious Monk to Michel Petrucciani », will be a tribute to the genius of these two jazz musicians, who have inspired thousands of artists all over the world.
On Thursday 23rd the guided tour will be focused on the fresco « The Battle of Val di Chiana », an event that was remembered to be the first wartime undertaking after the plague of 1348 and, at the same time, an excuse to celebrate the governo dei Dodici (government of the Twelve).
The selected wine for the tasting will be Brunello di Montalcino DOCG, one of the most appreciated excellences of this area, to sip in a place full of suggestions such as the Civic Museum in the evening. 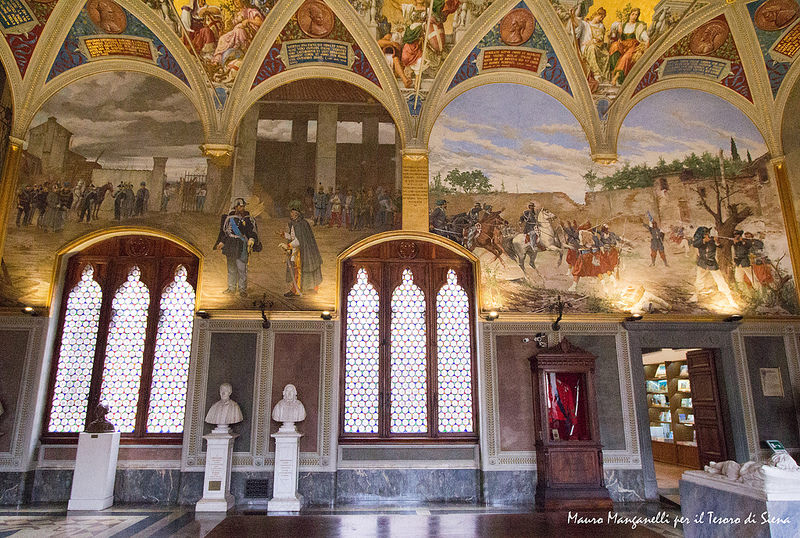 On November 30th , at Sala del Mappamondo, the themed tour will be about an important historical episode, the Battle of Poggio Imperiale, which took place in 1479, recalled by a fresco and with the Church Santa Maria in portico in Fontegiusta, built to remember this battle.
The main wine of the guided tasting will be the Nobile di Montepulciano DOCG, an indispensable jewel of the Sienese lands, a wine whose roots dating back to the Etruscan age.

The concert will be dedicated to the swing, with the live performance of the students of Siena Jazz – National Jazz Academy: Livio Lombardo, piano; Matteo Tuci, electric bass; Alberto Crescioli, drums.
On Thursday, December 7th, at Sala del Risorgimento, skilled guides will tell you about the finding of the portrait of Vittorio Emanuele II, realized by Luigi Mussini.
An interesting backdrop will be revealed on this occasion, an event happened during the Risorgimento, a historic period that Italy has started to debate in the last years.

The tasting, on this occasion, will be based on crafted beers, Panforte and Ricciarelli, two sweet Sienese speciies that recall the Christmas atmosphere.
The classical music concert will focus on the music of Schubert, Chopin, Brahms, Rachmaninov, Granados and Albéniz.

The last event, on December 14th, is scheduled at the Santa Maria della Scala Museum Complex, where Seven Notes in Seven Nights started, in 2012. 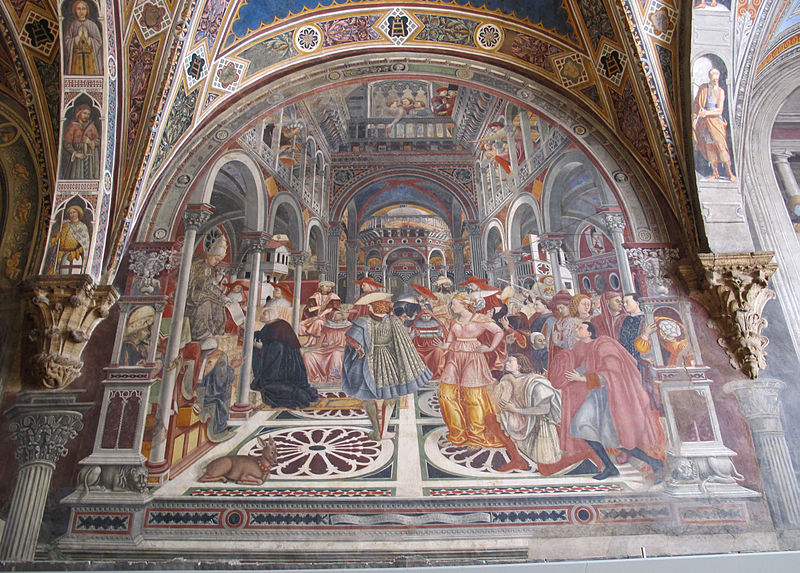 “I colori della città nel Buongoverno” is the title of the conference by Fabio Gabbrielli, professor of architecture history at the University of Siena, followed by the tasting of typical Sienese sweets and crafted beers of the San Quirico Brewery.
The concluding concert will be the perfect harmony between two worlds: classical and jazz, as the students of the two institutes will perform the music of George Gershwin.

Siena is waiting for you with special events even in the cold autumn evenings, an opportunity to grab now!
Read our post Siena nightlife for further recommendations.