Siena and the Palio: the origins of Tortoise Contrada

The origins of the Contrade reveal the most authentic and inimitable side of Siena, a town that has been able to keep its traditions intact and to become one of the most favorite destinations by travelers all over the world, so we started a focus dedicated to the 17 Contrade, aiming to explain their importance to people who have never been to Siena.

What is the oldest Contrada in Siena? 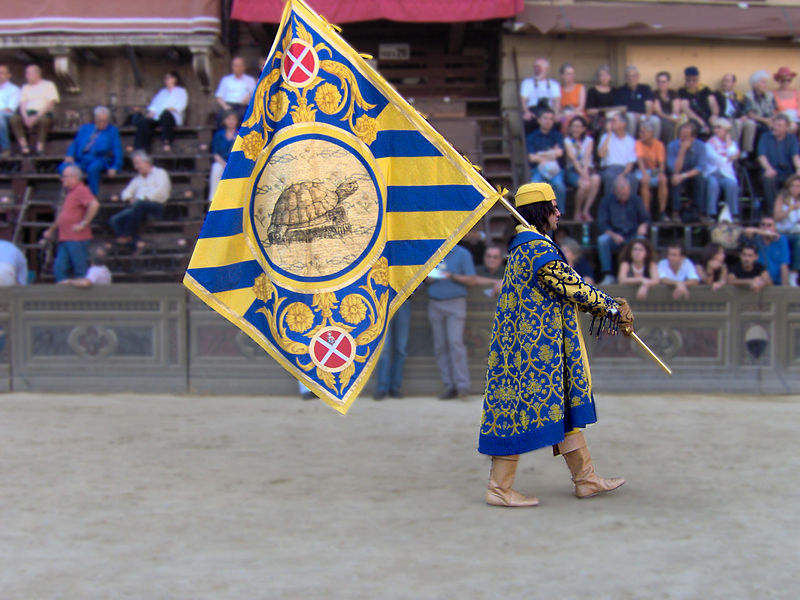 It is difficult to answer this question, since there is not a single Contrada that can boast this primacy; it’s certain that, before the Palio was established, there were other competitions, such as the cacce dei tori (bullfights), joined by the inhabitants of the area called Castelvecchio, dating back to Etruscan era, which had a yellow and black coat of arms with a turtle depicted.

It is likely that Tartuca originated from here in 1516: this Contrada, which is now entirely included in the Terzo di Città area and is characterized by attractions such as the Academy of Sciences of Siena, the Museum of the History of Science and Porta Tufi, one of the gates of the historic center, realized by the sculptor Agnolo di Ventura.

Where is located the Contrada della Tartuca? 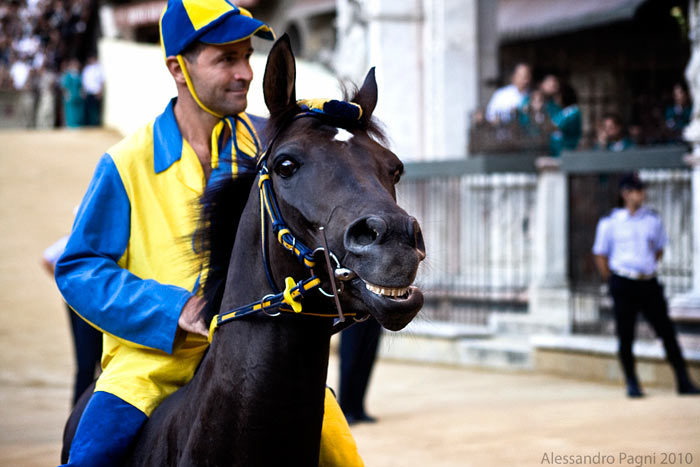 The seat is located at the church of Sant’Antonio da Padova, at via Tommaso Pendola; Saint Anthony of Padua is the patron of the Contrada and is celebrating on June 13th in this church since 1682.

The Contrada Museum is located next to the Oratory in via Pendola and is divided into three sections: the Museum of Sacred Furnishings, the Costume Museum and the Palio Museum, where are kept the drappelloni won by the Contrada.
The Tartuca won 46 Palio and a half, a singularity due to the half-victory on happened August 16th in 1713, when it won along with the Onda (Wave Contrada).
The last Palio won by Tartuca was on 16th August 2010, thanks to the jockey Luigi Bruschelli, called Trecciolino, on the horse Istriceddu.

Regarding rivalry with other Contrade, the only one official rivalry is with the Chiocciola (Snail), dating back to the XVII century. About this rivalry, an episode has to be remembered: in 1686 there were serious clashes during the tratta (the phase of the horses’ assignment), so severe that it would induce the city authorities to ban participation of Contrada of Tartuca and the Snail to the Palio.
Cardinal Francesco Maria de Medici succeeded in revoking the prohibition, provided that the people of the two Contrade entered unarmed the Piazza del Campo (a usual practice in that historical period). 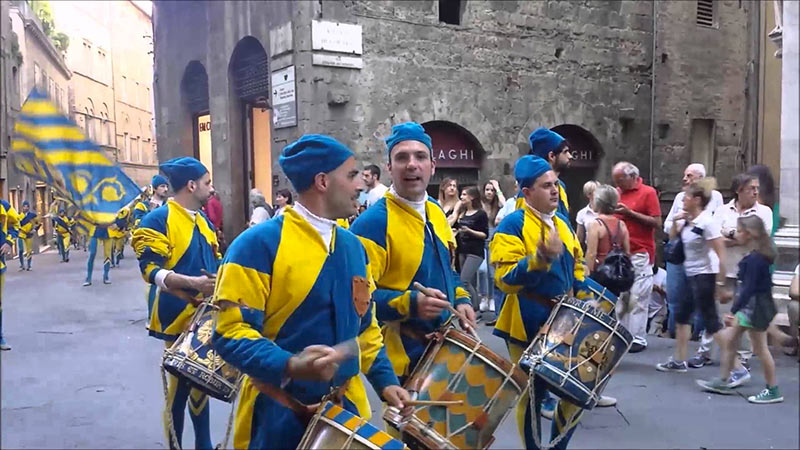 Tartuca’s alliances are 4: Selva since 1789; Leocorno since 1815; Nicchio and Onda since 1933.
Tartuca is also one of the 10 contrade that will run the next Palio, dedicated to the Madonna of Provenzano, on July 2nd 2017.
For general information on Palio, please check our article What you should know about Palio di Siena, or visit the official website www.ilpalio.org.

Previous Article
Summer holidays in Siena, must-see concerts in the most beautiful courtyards
Next Article
Sienese typical dishes that you should taste in Summer