The origins of the Palio di Siena

The Palio di Siena has ancient origins and still represents one of the most famous and unique events in Italy. It takes place in Siena and involves the different Contrade in the town in a horse race set in Piazza del Campo. This particular horse race, traditionally called “career”, is held twice a year: on 2nd July the Palio is run in honor of the Madonna di Provenzano and on 16th August the one in honor of the Madonna Assunta.

But what are the origins of the Palio di Siena? When did this competition start and how has it evolved over the centuries? In this article, we find out everything there is to know about the history of the Palio Senese.

When and how the Palio di Siena was born 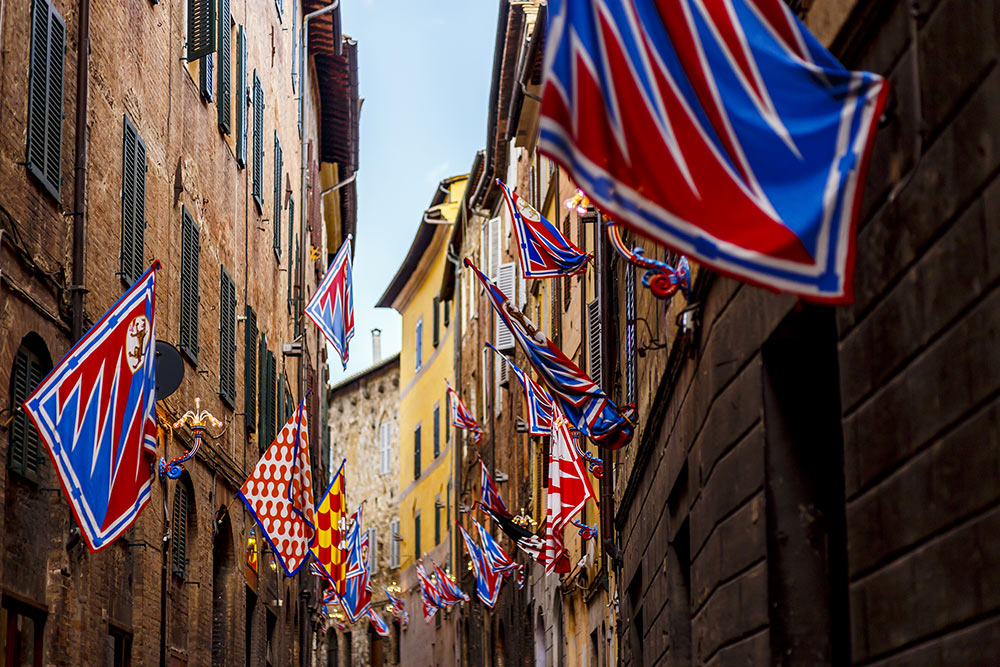 The very first traces of a form of Palio in the town of Siena date back to the XII century: at the time, the competition involved crossing the streets of the city reaching the Duomo Vecchio and was called Palio alla Lunga. From the XIII century, the event was dedicated to Santa Maria Assunta, patron saint of the town, and began to be part of the celebrations of the Assumption together with the offering of candles to the Madonna; the prize for the winner was a cloth of precious decorated fabric, called “pallium”, from which the word Palio derives.

At the time, only the nobles participated in the race, but with the birth of the Contrade, another kind of show began to be organized. At the end of the XVI century, the local “giochi rionali” made their appearance which will consolidate the identity of the individual Contrada, which will have been the real protagonists of the competition ever since. 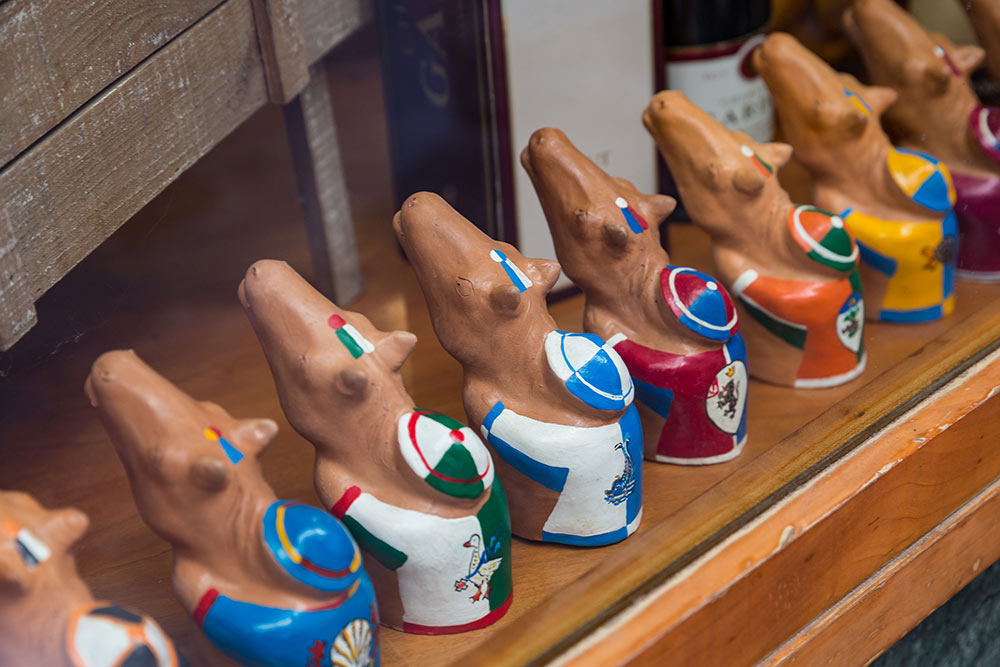 At the beginning of the XVII century, the race was transferred to Piazza del Campo for reasons of safety first of all: the Palio, in fact, was very dangerous because the horses ran at full speed in the narrow city streets. In addition, only a few people enjoyed the event, due to the venue (the narrow streets). We, therefore, moved from the “long” to the “round” Palio, because it takes place in Piazza del Campo. The date to which the first Palio di Siena is traced as we know it is July 2, 1652.

From that moment it was decided that not only the nobles would run but the Contrade themselves would have had the opportunity to choose their own jockey. The Palio dedicated to the miracle of the Madonna of Provenzano, celebrated on 2nd July was run for the first time in 1656 while a second palio of the districts was introduced from the XVIII century. The proposal was put forward by the Contrada of the Goose (Oca), which, after winning the competition of 2nd July 1701, offered a sort of re-match to the opponents on the occasion of the Assumption celebration, on 16th August. The two palios are therefore officially recognized since 1774 by the Municipality of Siena.

The rules of the Palio di Siena 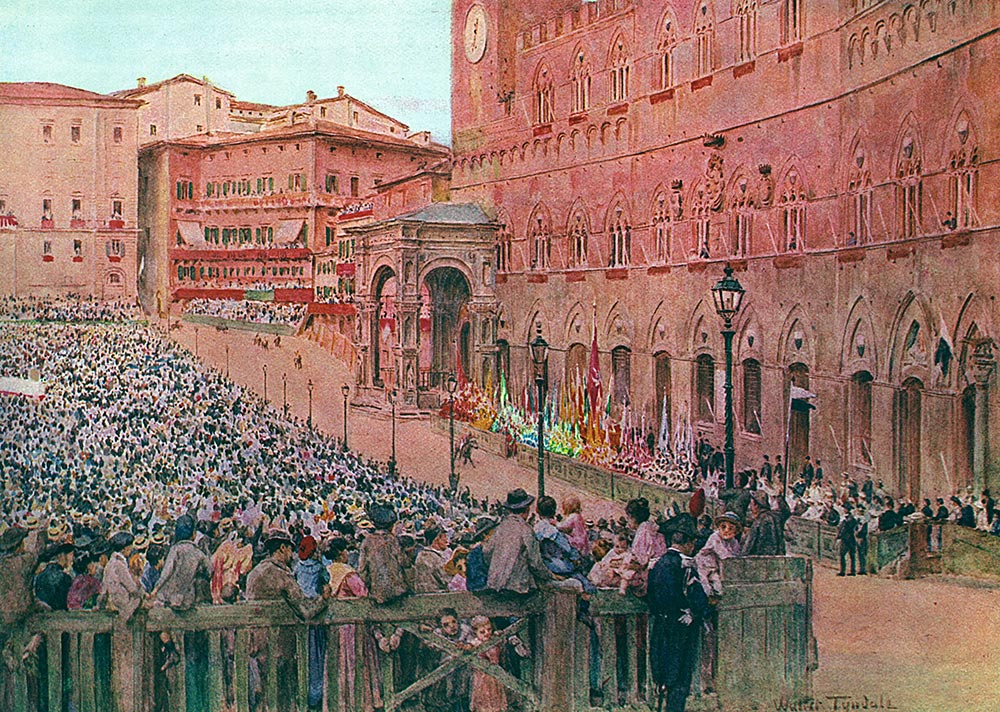 In 1729 the borders of the seventeen Sienese contrada were established: each of them is like a small state, governed by a seat led by the Prior and led in the palio by a Captain, aided by two or three contradaioli called lieutenants. The territory of each Contrada houses a museum inside which flags, memorabilia, documents and any object or writing relating to the Contrada itself are kept.

The modern regulation of the Palio di Siena dates back to 1721 and, hough over the centuries there have been modifications and variations, it has remained substantially unchanged in its fundamental points. The Palio was suspended only during the First and Second World Wars. Today, even if for tourists it is only a folkloric horse race, the Palio di Siena is a fundamental moment in city life, around which the life of the Contrada and its inhabitants revolves.